Boy, it's been a crazy week.
I've been working my ass off and rushing around.
And the thing is, we have some issues to deal with....

Before we went to Cape Cod I went for a check-up. I'd been feeling exceptionally tired and I thought I ought to check in with my osteopath. She did some blood tests and called me while I was away to say that my vitamin D is very low and my B12 is completely depleted. I have to have shots once a week for at least three months. I have 50,000iu's of the vitamin D (prescription) which I take on Monday mornings for at least three months and she told me it will take many weeks before I feel better. So that's that.

Meanwhile, we had a tremendous feast prepared and cooked for many hours by a good friend of Oldest's who is a butcher (and a musician, and a painter, and a writer) last Thursday evening. It was historic. Aged steak tip quesadillas grilled in lamb tallow that he reduced himself, ribs, brisket. Miso slaw. Extraordinary food waiting for us when we returned from work. Oldest cleaned the kitchen the whole day while his buddy cooked but, as we do, we left the knives for last. The next morning I was at work when K did this last bit of cleaning up and dropped the cleaver and, I don't know how, sliced his middle finger. He texted that he was driving himself to the ER as he thought it needed stitching. As luck would have it, someone else in the ER needed the plastic surgeon so K agreed to have him too. The plastic surgeon told him he had severed 70% of the tendon in his middle finger and that the regular ER doctor would have just closed the wound and he would have lost the use of that finger within a couple of days. Tra la la. Off he went, bandaged and stitched to see Dr. Schmancy who is, after all, our hand surgeon. We were very worried he'd want to operate but he didn't. He had a good look and gave K a much more manageable splint. 19 stitches. Two weeks to heal. Now I have to enlist sons for tight jar-lids and heavy lifting. He was in great deal of pain but is doing better this weekend. 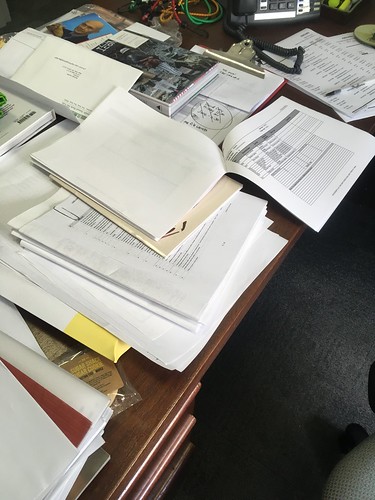 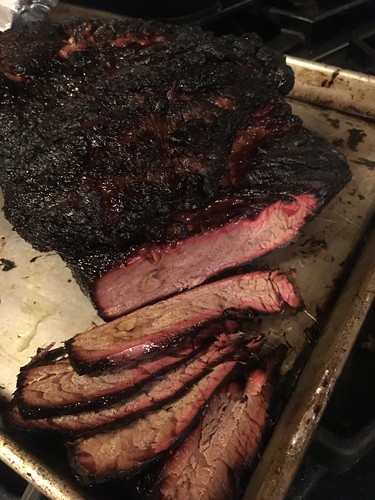 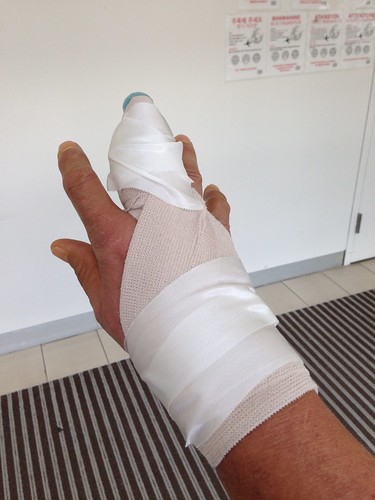 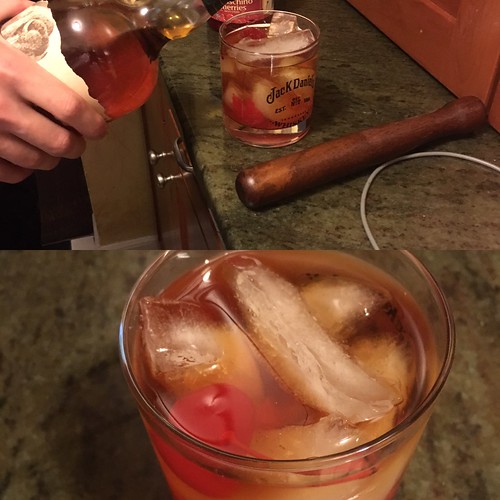 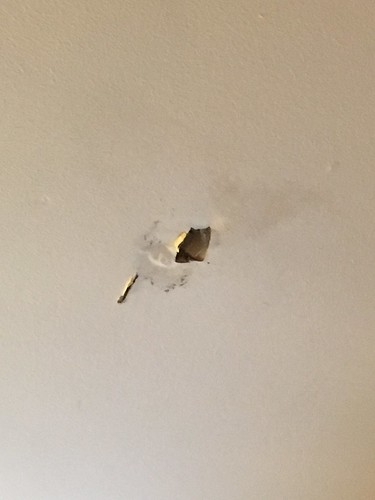 I haven't even mentioned the leak in the kitchen ceiling.
Maybe I'll tell you about it after it's repaired.

raych said…
Knowing you're going to feel better later but not feeling better yet is Some Kind Of Feeling with which I am familiar.

Here's hoping your various levels balance out SOON.
11:37 AM

Susie Sunshine said…
I'm glad there was good meat and booze in there. <3
5:53 PM

Kamsarmer said…
I am drooling over the brisket. We have started playing with a smoker. Google "Meat on A Mission" to find our amazing local guy. His brisket and pork tacos (with Soylent Verde salsa) are LEGIT. So sorry about K and the cleaver. We have the exact same kitchen leak!!!
10:55 PM