A Story About Youngest

In September, in his senior year at art school, where he was studying graphic design, Youngest went with a group of students on a field trip to a graphic design company. I think we rode the train together that day but my facts may be muddy. We'll go with this version of the story as he is not sitting next to me else he'd surely say something like: that's not the way it happened at all, but okay, go with your version. So, a field trip. He told me he loved the company and was excited to see what they did. He said he wished he could get them to notice him and I told him to ask good questions and to try to make a connection with someone on the staff. Off he went in his black suit with his amazing shoes.
That evening he told us that he had engaged a staff member in some meaningful conversation. I only half-mean to be vague as I only have the slightest idea about what this company does. He got a business card and they had some small email exchanges in the days after he visited.
Fast forward. Senior year was...challenging? Frantic? Busy beyond words? He learned time-management and patience. He was set back by a professor who used (I think) cruel tactics to get the best from students. He was praised by many. He got stellar grades (dean's list every single semester, all four years). He did the graphic design for the senior show. His senior project was unbelievable in scope and talent. 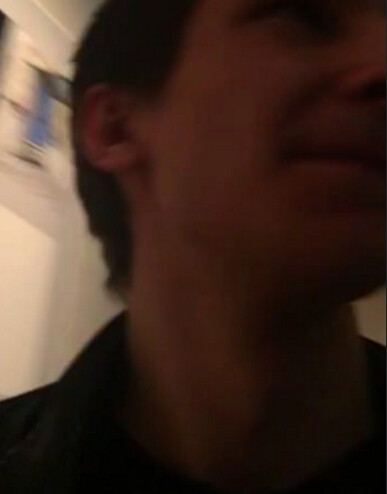 He FaceTimed the Senior Show with me while I was in Chicago.

Finally, it was time for Portfolio Review. Companies were invited to the school to look at and review the work of the seniors. Seniors requested who they'd like to see their work...but Youngest did not request that his favorite company sit with him.
At some point during the evening someone from this company came over to him and asked why they weren't invited to see his work. He explained that he had spent a couple of months on the senior show and his thesis and felt his portfolio needed some polishing before he showed it to them. They told him that they were very interested in him. They asked for his card and made him promise to see them after graduation.
He was pretty casual about all of this, I have to say. I, on the other hand, was losing my shit. I was raving! They want to see you?! I kept asking him. And he would say things like: yeah, they want to see me...and as soon as this and this and this look the way I want it to look, I'll see them.
He graduated on a Thursday. I cried and cried. I can still cry when I think of my little Youngest...who spent so many weeks in hospitals as a baby, who had several physical adversities as a little kid, who has always been the most enthusiastic and sensitive child and person and man, doing all of this with such aplomb.
On the following Monday, he asked me to help him draft an email. He was ready to bring his portfolio to them.
They saw him on Friday. He was with them for hours.
He rushed home and made some changes on his website and sent them the link.
The founder of the company asked him to Link In on Friday night.
The woman who met with him told him the founder had called his work brilliant.
On Saturday evening, they asked him to join the company.
We were driving to take him for dumplings to celebrate his graduation.
Calmly, from the back seat he said, oh, look, they've offered me a job.
It was nine days after he graduated.
Nine days.

There are many unknowns. It was the first real job interview he has ever had. The company is small but successful. The office doesn't sound great. I have many thoughts, but the one that keeps coming to the forefront of my mind is:
He is a success. 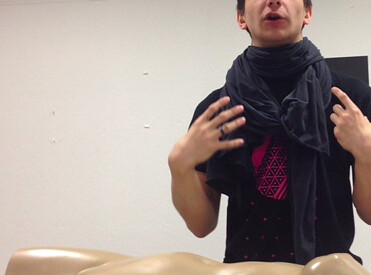 And, for now, and probably for a while, it's all I need.

NorahS said…
That is a great feeling. Congratulations to Youngest! So exciting!
8:09 AM

kmkat said…
OF COURSE HE IS A SUCCESS! (Sorry for shouting, but I feel it needs to be said VERY LOUDLY.) Congratulations to Youngest and to you and K for raising such a fine and talented young man.
1:58 PM

Cate said…
You helped make a grown-up! Congratulations to you all. May the rest of his life move as smoothly.
5:06 PM

Susie Sunshine said…
You think that the brightness outside right now is the full moon, but it's actually me beaming with happiness all the way from Michigan

I couldn't be happier for Youngest. He IS brilliant and creative, but then all of your boys are, each in their own unique way.

Paola said…
I don't understand why you sound so surprised.
It was obvious to me, I've been only following your life through this blog (safe for a brief couple of meetings, way too short) so evidently this is just a teensy part of what truly goes on, yet I have become accustomed with you and these men, each one of them with their own fantastic perks. Youngest is just ... your baby but I knew he'd break it soon and BIG (I want to shout too!). He did it fast because companies know better, they spot the best right away.
There you have my take on Youngest.
I am not surprised but I am SO VERY PROUD.
Ad Majora!
2:51 AM

Jennifer (Jen on the Edge) said…
Oh, I have chills reading this. Actual chills. BRAVO Youngest!!!
4:58 AM

Poppy Buxom said…
Oh my goodness it seems like a month ago I was watching him play Guitar Hero in your living room ... but that was YEARS AGO. He has gone up like a rocket and I am SO HAPPY FOR YOU ALL!!!

Happy Father's Day to K. and happy celebration for all the birds!
11:42 AM

mizz_b said…
This comment has been removed by the author.
7:18 AM

Anonymous said…
I am so happy for you all, especially your youngest! I am in tears. I get the part about watching your (my) youngest struggle and seeing them succeed. I hope the same for all of your guys and for my own youngest. We are excited that our oldest, one year out of college, got her first full time job with bennies, as she says.

marian said…
Oh my God! This is such wonderful news. Congrats to all of you birds!
5:34 PM

Anonymous said…
This is a marvelously happy ending. Deserved, too.
Congratulations to all of you.
12:10 PM

Anonymous said…
This gave me chills too. I love that he made this wonderful opportunity happen for himself. What a wonderful family you are! Truly.

LawBelle said…
I just busted out crying in my office! LOL!