I've been working my tail off, and watching German television, AND finally having wonderful German food.

That's hand kass mit musik, which is dark bread with butter, slimy cheese and pickled onions. The onions provide the music just a few hours after you eat them.

That's some home-made wurst with unbelievable kraut and spiced mashed potatoes. I was, pretty much, in heaven. All around us (I went with two co-workers) people were whooping it up. It's that kind of place.  Pro Tip from me: eat outside in the courtyard. No one wants to be stuck with a couple of hundred tourists - out in the courtyard you're dining with the locals and the scene is pretty fabulous. 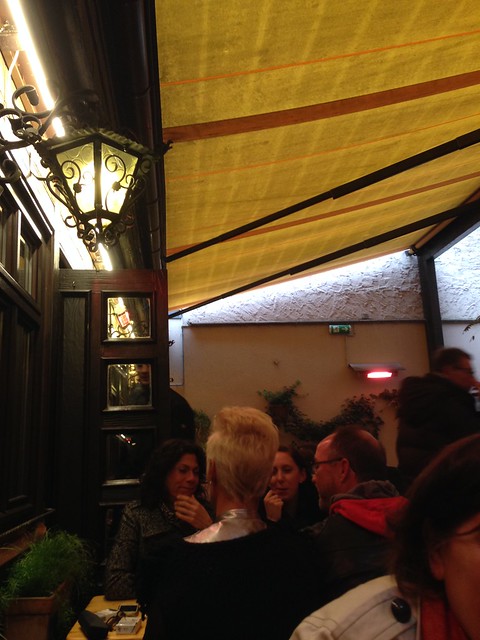 (Locals having a grand time. There was a group of a dozen big men next to us but I wasn't brave enough to take a photo.)
The blond lady felt obligated (and slightly drunk it seemed) to tell us, in German, that she is half American. Okay, nice blond lady...nice bonding with you.  Meanwhile, we had dirt to dish. It was the first time in a week we were alone together, we, the key team of the event, and we had a lot of ground to cover.  I love these trips. I love working hard with my group and blowing off steam at night. We meet for breakfast and go off to work in the morning.
Except tomorrow I am completely on my own. Mixed feelings on that.

And what's going on here, you might wonder? They're loading huge bags of potatoes into a sort of dumbwaiter suspended from the ceiling, down to the basement. This provided fascinating entertainment for us for a while. 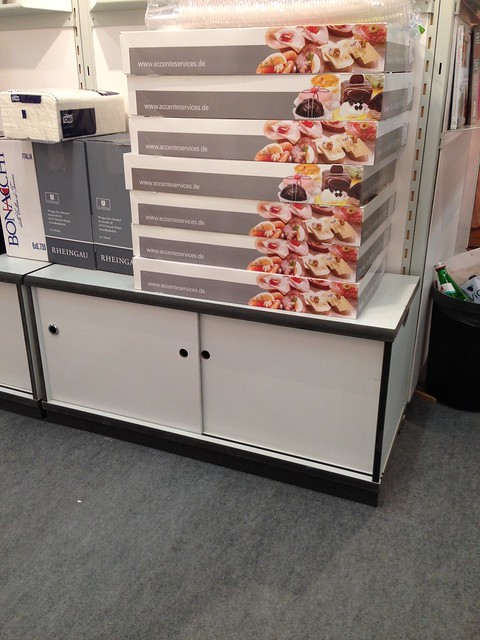 I catered a party the night before last. It went well. Lots of happy people, good wine and food. A nice crowd.
Last night we hosted a dinner party at my favorite restaurant. I don't have any photos and they don't have a website, but, if you are traveling in this part of the world, email me and I'll give you the name of the place because it really is amazing. 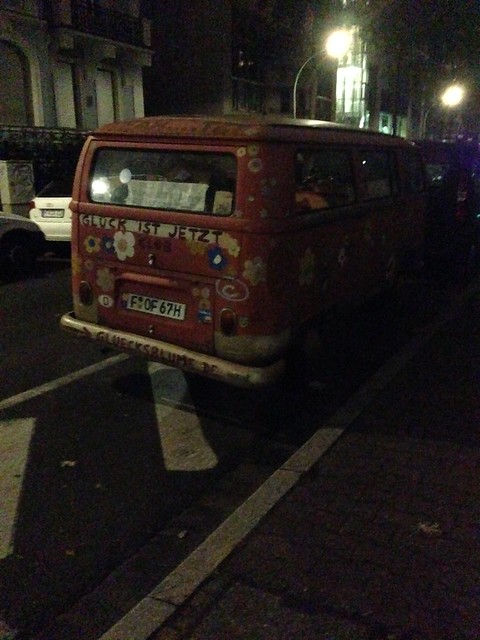 The six of us walked home to the hotel in the damp, dark chill. We passed this great VW bus and all took photos. 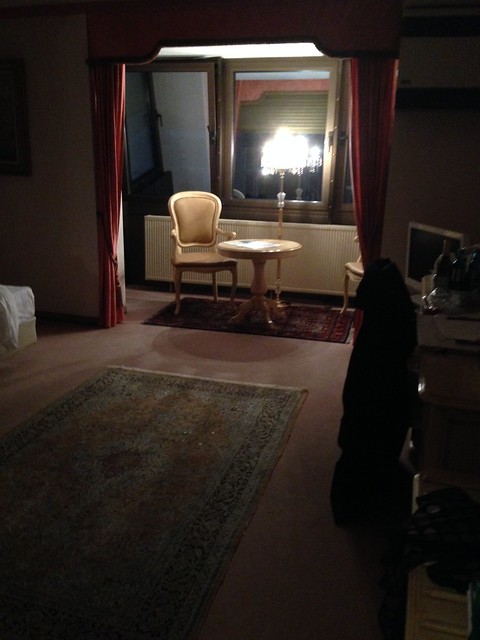 My crazy-big crystal-decorated room was waiting for me.
I had a bad cold but have been cured by mysterious drops and sprays from the German apothecary, and I'm sitting with a glass of red, watching indoor cycling.

Paola said…
Truckloads of kartoffeln. Of course! It's Germany.
Next year you should plan a teeny detour, balance all those potatoes with some whatever Mediterranean you want.
3:16 AM