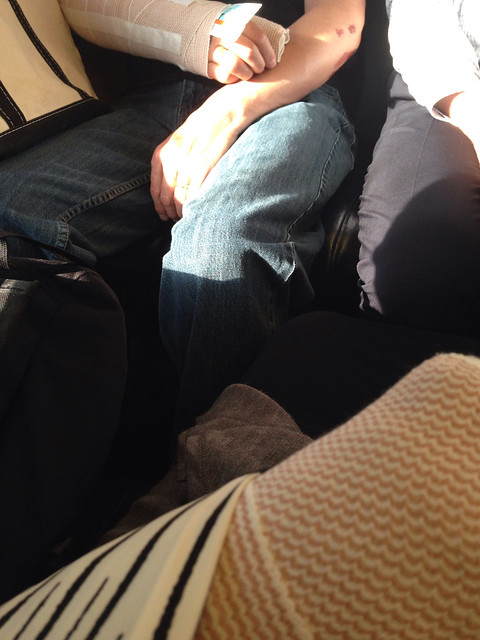 Let's backtrack a little to discuss my sweet K.
I am boring myself and need to switch our focus to the dearest, most loving and supportive person I know.
K cracked a couple of ribs, bruised his rotator cuff, had some nasty road rash (which he barely made a peep about) and, after a CT scan and careful inspection at the schmancy surgeon finally found it, broke his scaphoid. He was in a cast for about ten weeks and had just started archery lessons before the accident and was pretty disappointed.

The doctor said he'd remove his cast in August if the x-rays showed his fracture was 50% healed. In august he was 80% healed and off it came. 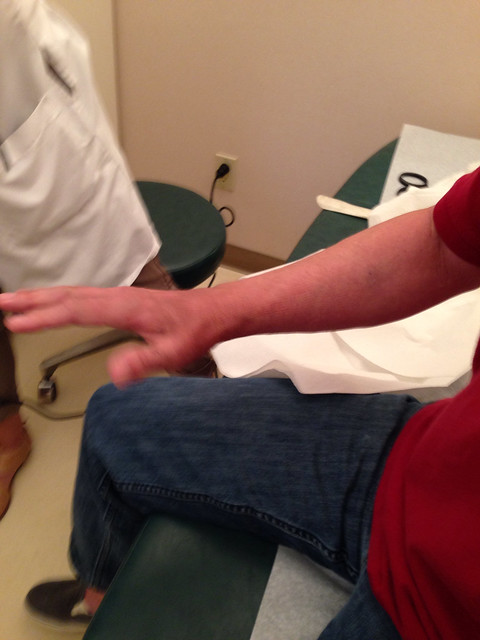 The doctor and physical therapist have been working with K to strengthen his forearm and he was allowed to return to his archery club with a splint to support his wrist. 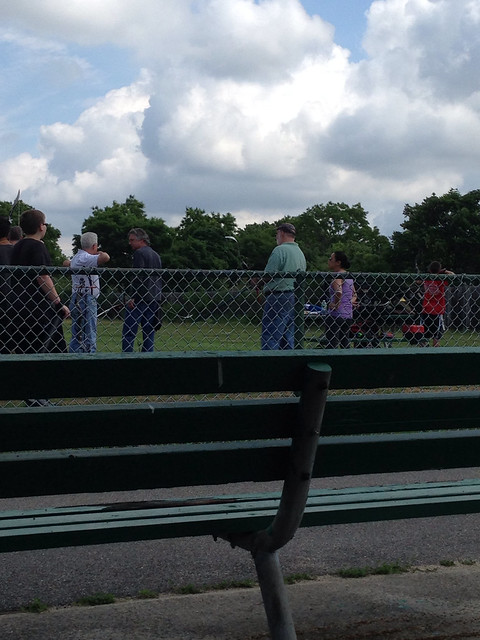 He's won a couple of medals in competition and spends Saturday mornings shooting with his new buddies.
I'm really proud of him because he's learned so much, so quickly, and works hard to regain his strength.
He goes to physical therapy once or twice a week and does his exercises. He rode his bike up on the cape and has been my driver for months.
He also spends a heck of a lot of time doing this kind of thing 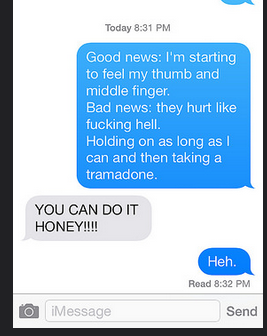 without complaining or being short with me.

K is on track to being strong enough to go help his dad on his farm again this fall and returned to work when we got back from the Cape.

He seems not to have any lasting symptoms from his shoulder or ribs, which we are grateful for.

With work to keep him busy and a competitive hobby to occupy his weekends, he's doing pretty well.
With him by my side and my work to keep me busy, I am making an amazing recovery.

Paola said…
K is a superhero in disguise.
And you, well you are fantastic! I don't see one sole reason why you too shouldn't be the most perfect match.
8:39 AM

Anonymous said…
I'm glad he's on the mend so well, sounds like he's practically back to regular speed.
It's adorable how much you love your guy.
6:54 PM

Jen on the Edge said…
I'm glad he's recovering so well. This whole thing has been so traumatic and painful, and I'm hoping that the Universe will make sure that 2015 is a stellar year in order to make up for the second half of 2014.

If you happen to wander down to the farm with K and have some free time (ha!), holler. I'd love to pop over and say hi.
8:52 AM