Youngest is in his finals week and so stressed.
He passed his debate, finished up some projects and presented an ad campaign to a real advertising agency. I'm stressed for him.
That's his amazing bag ^ which he chose after weeks of research. It holds everything and looks great too. He wears it cross-body and looks so cool with it.

He was photoshopping an encouraging note to a friend on the train. Switching the word Kentucky for his friend Sophia's name took him about 15 minutes.

As we walked past his school he invited me in for this week's show.
One of the exhibits was this amazing book, which, when touched -

It was quite impressive.

Outside, I saw this lovely lady. 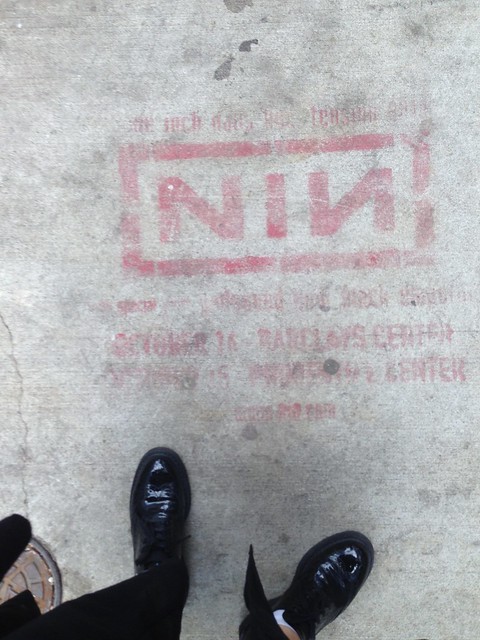 I'm going to see NIN again in August, which seems so far away!


That guy? Across the street? Was singing and dancing to the music coming from a van in the street. I took my headphones off to hear better and it was Barry White coming from the van!
The driver saw me taking the picture and gave me a thumbs up...good stuff, I shouted, and it was.
The sun was shining, the music was good and the driver and guy on the street were having a moment. Good stuff.

I got "blackbirded" moments later by a woman who asked me to remove my headphones so she could compliment my scarf. It's this one - 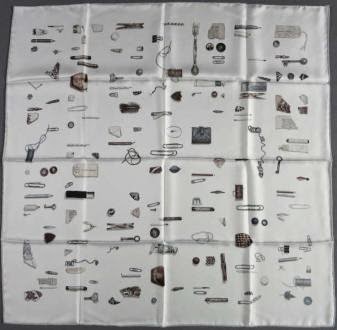 I have a better picture of it somewhere but can't find it.
It's stuff you find in your pocket.
So, that was nice.

We're off to a wedding today and I am very happy to be celebrating something joyful.

Duyvken said…
I always enjoy your notes from the commute. Is that a Chrome bag? Mr Duyvken used to have one of those and he loved it.
7:39 AM

alice c said…
Holding thumbs for Youngest - as they say in South Africa.

That is your London scarf! I felt quite emotional when I saw it.
8:39 AM

Anonymous said…
Ah, I love these commute moments. I love Youngest, his bag, the art, the music man and the van, the scarf, your shoes (do your pants have an interesting cutaway near the ankle?), and that you got blackbirded. Happy Friday!

L.P. said…
Oooh, that scarf! LOVE. And your shoes! Do they still hurt your feet? They look fabulous.

Love seeing people dance spontaneously. I still treasure the memory of driving down the street and seeing a young man at the bus stop (I've seen him around since, he has Down's Syndrome) with big headphones, dancing his heart out in the rain. It still gives me great happiness whenever I think of it.
4:58 PM

Anonymous said…
I think those street moments are wonderful.
"Blackbirded"--you've become a verb! And a really cool one at that!
6:48 PM

RW said…
I am on the hunt for a new bag. I am pretty much decided I will be getting something from here

I have myself a new device so I am going to catch up on your goings on..Happy Mother's day to you.
12:02 PM

kmkat said…
We were in your city last weekend. Thought of you when I saw someone on the street who was dressed well.
2:52 PM