As previously mentioned, we ran down to Virginia for the weekend.
We got a very early start and timed the trip perfectly.
On the agenda: a visit to the space shuttle, waffles, setting up in a gorgeous log-home we rented and, finally, tending to things on the farm.
The ride down was uneventful. Traffic-free. Middle and Oldest do this thing wherein they stay up for 24 hours before we go away someplace so they can sleep soundly during the trip. They successfully did that. K drove and I did a variety of things. Youngest played with his PSVida thing.
We had breakfast at the WaffleHouse and though pretty yummy, it was pretty yucky too.
Now, the shuttle museum?
Highly recommended.
Amazing.
Some shots from Middle which, sadly, I cropped. 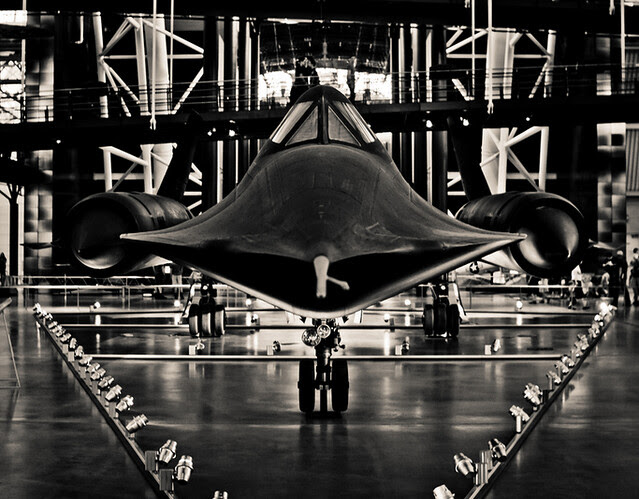 Same plane, different angle. This shot is so MIDDLE, I can't even explain it. 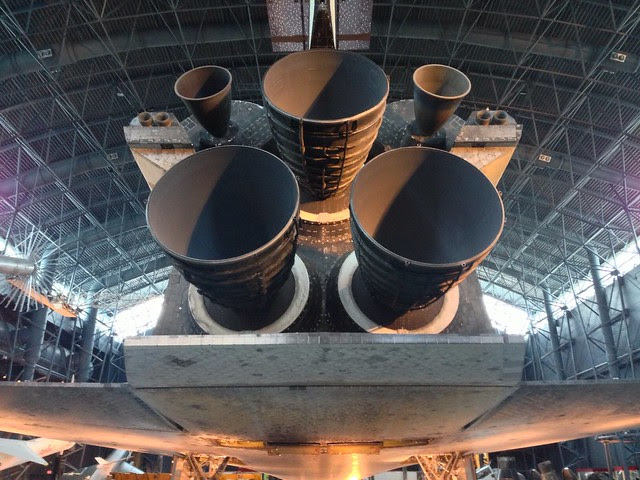 That's the tail-end of the space shuttle Discovery.
The wear and tear and burn marks on the tiles of this ship give it a battered and emotional kind of look.
The size of it is remarkable.
It's a great museum and staffed with well-educated docents.
We loved it.

We drove another couple of hours and reached the most perfect, newly-built log-house you've ever seen.
It was beautifully equipped, had deliciously comfortable mattresses, was impeccably clean and was located minutes away from the farm.
It was also burglarized 24 hours later.
It's not a long story but it is scary. Nothing was stolen from us but we could not stay in the house and I won't say more than that. We were lucky enough to camp out at K's dad's house but we had hoped not to impose on this trip and only to be of help.

Let me distract us all with more farm photos!


Here we are assisting in the preparation of the kind of breakfast people who work on farms require: eggs, softly scrambled with some scallions, toast, and homemade bacon.

And work they did. I cannot say enough about how hard those four men of mine worked.
They worked for hours on end, in unbearable humidity and stifling heat.
No one complained. No one quit. They all pitched in and gave it everything they had. 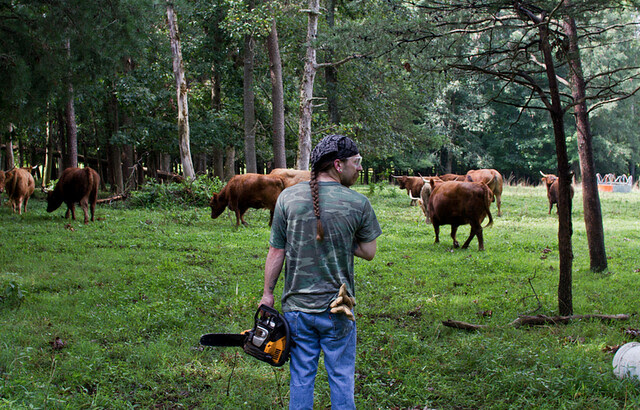 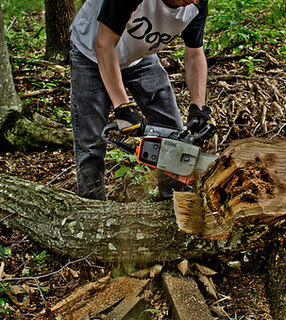 They cleared brush and fallen trees and hauled and lifted and flat-out worked like crazy. 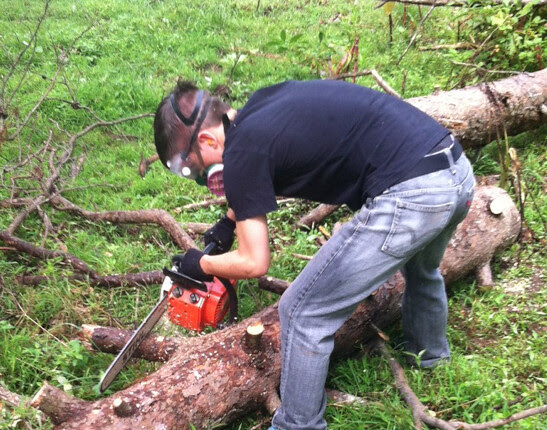 They had a couple of quick breaks for water and jokes...but it was mostly all-business. 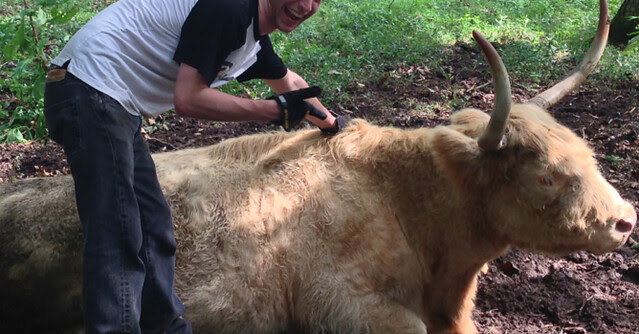 I drove the Jeep back to where they were (too hot to walk) and brought more water and hats.
They worked till they couldn't anymore, they only had one minor injury, and they finished all that needed to be done.

It was a wonderful trip for lots of reasons. It was one of those times when you see the men your children have become and are proud and I was terribly impressed with all of them.
And, now, I am grateful to be home.

kmkat said…
I am impressed that they were hanging around a pasture with a bunch of longhorns.
12:43 AM

Crazy Mom! said…
Your boys/men are very impressive. You are right to be proud. It warms one's heart to see one's progeny do GOOD.

Some years ago, I got to go inside a Space Shuttle at the Kennedy Space center. So cool!
9:49 AM

Paola said…
They are amazing. You have every right to be proud.

Little Miss Sunshine State said…
Sorry about the scary part of your trip.

My dad was an executive for the construction company that built the Air And Space Museum. He was part of it from planning to grand opening and was so proud of that job.

Anonymous said…
Oh, bb. Can you and K come and raise my kiddos too, so that they turn out to be as wonderful as your grown children are? So touching. Well done to both of you!

Anonymous said…
What a view of that plane/ship!
It does a mom proud to see her sons become men and do productive and helpful things. Great work, bb.
7:09 PM

Terese said…
A trip of all the things that are your life, the guys, the photography, the land and being part of a team. I really enjoyed this post.
6:03 PM

Scot said…
I've only ever seen the space shuttle strapped to the back of a 747. We weren't a;;owed anywhere near it. I have, however, been escorted (at gun point)away from an SR71. Hey, lf they didn't want people to stand directly under it the ropes should have gone ALL THE WAY AROUND IT!
Is that Oldest standing next to you in the kitchen picture? Wow! Hope he has a great birthday, looks like you had a great trip.
10:11 PM