What a day!
Such a night.
A year in the making.

I arrived at work unable to do much more. The CEO brought me roses. He'd left his suit (and shoes and shirt and tie) on the train (the anxiety levels were high) and went back and forth to the station in unsuccessful attempts to retrieve it.

I really don't know how I kept busy. Wherever we went people either said, you must be so nervous or soon all your hard work will be done. Neither of these statements was comforting.

Fortunately, K and Middle had to film one of the speakers well before the event and they came by and got me. We headed downtown at 3:00.

I'm sure you can guess what I did while they set up. 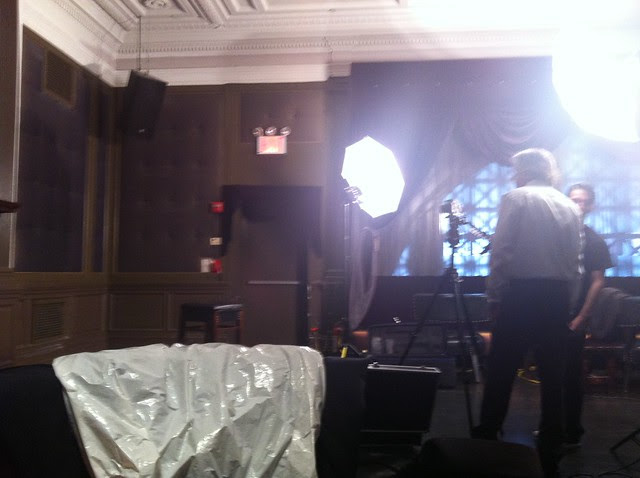 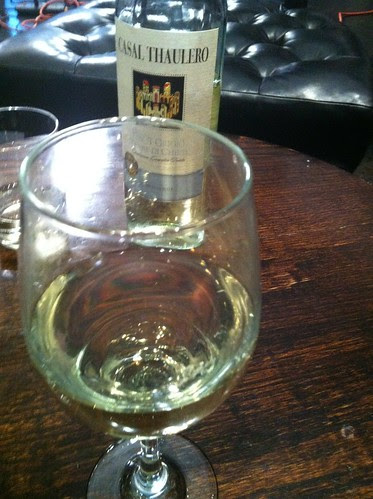 Their shoot went beautifully, I got dressed, Middle took some pictures of me posing. 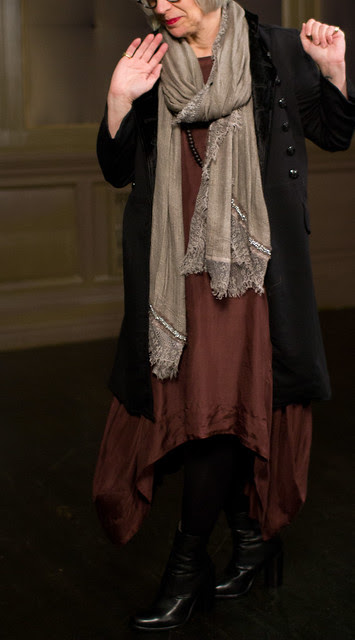 Oxblood dress - AllSaints
Black silky long tee - Old Navy
Black pirate coat - Sanctuary
Scarf with diamonds! - Zara
Boots - AllSaints
Prayer beads - ABC Carpet and Home
I fell in love with that outfit all over again.
Made peace with it, as it were.

Finally, we went downstairs to the cocktail hour.
Over the next three hours there were moments when things were microscopically clear and other moments I have no memory of at all.
The video work that K and Middle did was beautiful and funny.
My part looked good, to me.
My funny bit played funny.

My boss was humble and touched. 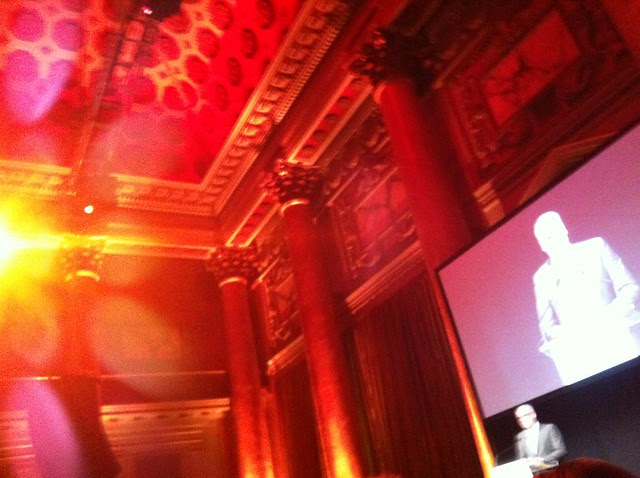 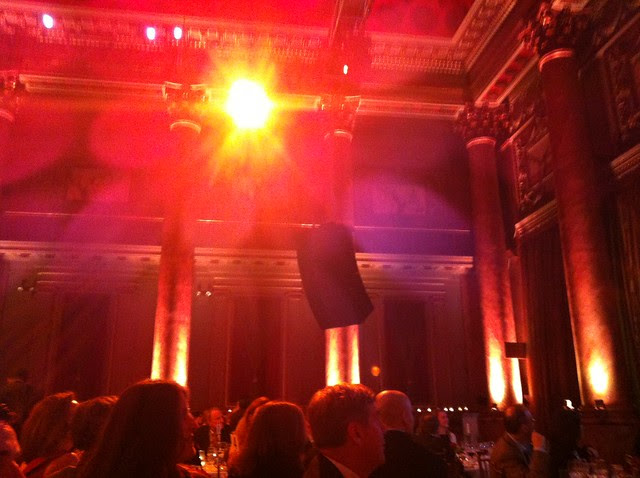 We spent yesterday basking in the afterglow.
Dozens of congratulatory emails, lots and lots of co-workers stopping in to praise us.
It was a great success...and I should mention, too, that the whole shebang was a benefit for a wonderful organization and that we made and exceeded our goal in donations.

I'm proud of that too.

Little Miss Sunshine State said…
I'm so happy for you. You did look fab.
Can you imagine that event planners do this on a regular basis?
10:35 AM

L.P. said…
That's so fantastic! It looks like it was a beautiful night! Congratulations.
11:10 AM

whitneybee said…
I love the outfit and love that the gala was a huge success! Congrats!
11:28 AM

Paola said…
Look at you, sassy chic and with a smirk. My money was on a great success, and it was.
11:39 AM

alice c said…
FABulous! The outfit, the event, the money raising! Congratulations - may you bask in your glow of your success for months or at least until your well deserved holiday.

(Did your boss find his suit? Just the thought of it makes me feel anxious)
5:37 PM

Carol said…
I am so happy for your success in every way, but if it were me, I would just be so thrilled it was all over.
9:26 PM

Duyvken said…
You look wonderful! And I am so pleased to read that the night went off well. How lovely to have K and middle with you for part of the day too.
10:50 PM

Anonymous said…
You look beautiful! Congratulations! I hope you are having a relaxing weekend.
Laura
1:40 PM

Anonymous said…
You are so beautiful in your very your gala attire. I love the heeled boots. I love your pinky rings and red lips. I'm sort of freaking out because I have no idea what this event was all about, but I'm glad for you that it was a success.