Middle and K have just finished a technologically tough shoot.
There were many small variables and lots of teeny details and K lost sleep (actually lost sleep!) for the worry over parts of it.
But they "wrapped camera" at 6:32 this evening and while it was not without crisis (the system ceased to function for an hour or so this afternoon) it came together well, in the end. 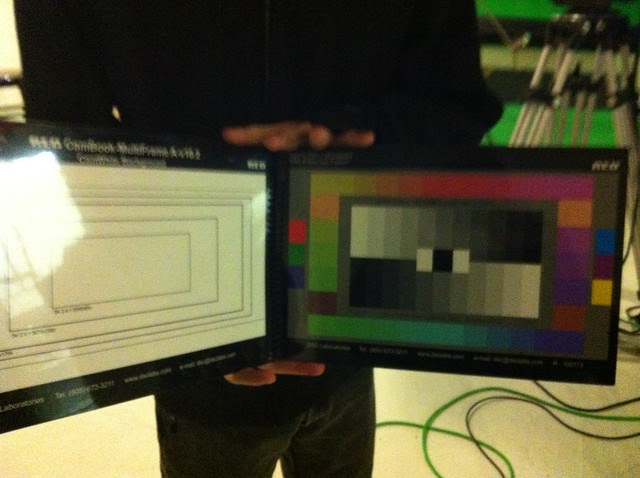 (A Red Chart Book)
It's a funny thing...even after Middle did a year of film school I did not think about the fact that he might go to work with K. 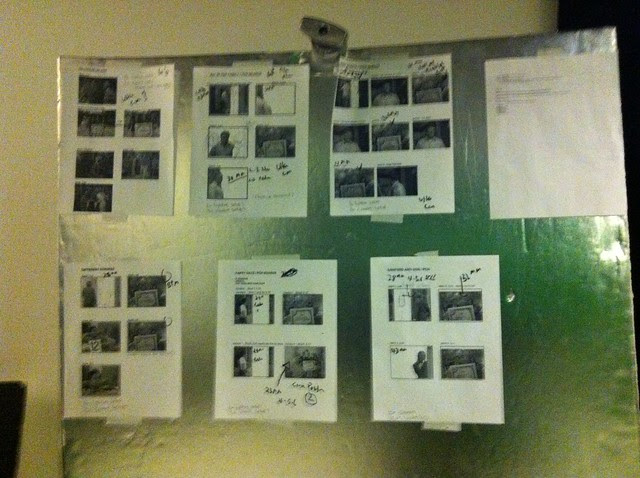 (storyboards)
And all the while Middle was making shows for the internet I did not consider that he might shoot with K. 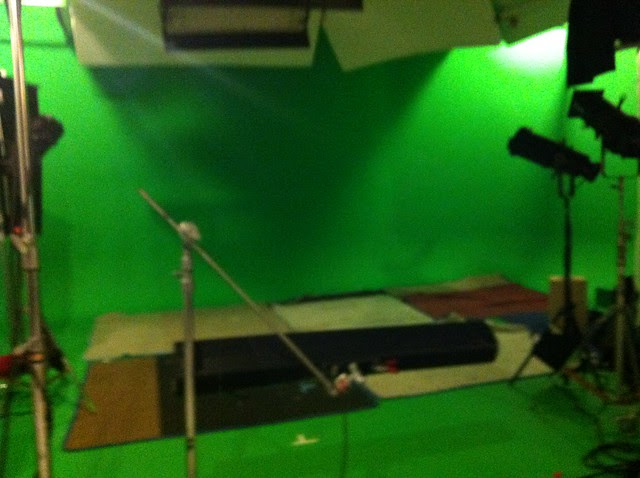 (a green screen set)
He made such a good case for not going back to Art School because he was working for people and didn't see the point in returning - and I didn't realize he might end up working with K. 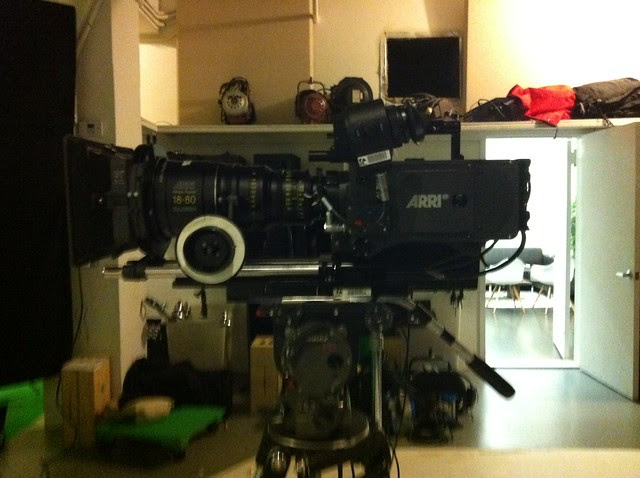 (that's a $120,000 camera)
And now, this week, he's spent two days making matte composites (I have only a vague idea what that means) for a shoot for K, for a client of K's and I'm just a little chuffed (as they say) that he's working with K.
And, honestly, it had not occurred to me that this might be the outcome.
But it is. (He's done quite a bit of work with K.)
And it was, I suppose, so obvious.
And people have said to K and me: you must be so proud that he's following in your footsteps and we look at each other and shrug.
Who'd have thought?
Even when he told us what he wanted to do I never thought and you can work with dad.

Anonymous said…
That's a terrifically happy ending. (I can comment--yippee!)
10:56 AM

kim at allconsuming said…
Look, call my cynical, but I'm not sure many kids look on their career choice with "and I can work with Dad" in the pro column. Just saying.

Irene said…
all those photos look so familiar ;)