and so it is


You'd think, with my boss in the UK, that I'd have had a lazy week but I have been busy as hell.

My stats. Plummeting. What can you do?
I was just explaining to someone that I haven't posted in days.

sat across from me a few nights ago and I was so nervous.
She really looks like she's going to throw up, doesn't she?
She didn't. I think it was her usual facial expression.
Let's change the subject.

As you can clearly see in this photo 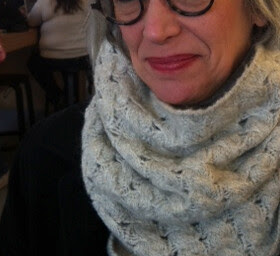 I have new eyeglasses.
They were, of course, very expensive (although they are not the absolutely exquisite ones I tried on which were $1000) and have beautiful tiny details. It will feel good to see well again (like a clean windshield, you know). They are out for lenses now. I made Youngest The Design Student go shopping for them with me and got them at Morgenthal Frederics which has a wonky website.
Then we took Youngest's laptop to the genius who noted well that the screen of the four month-old Mac had some strange white spots on it. Happily, we had Apple Care on it.

Later in the week I took my laptop back in as my battery has been wonky. Covered.

I was invited to attend a sweet baby shower for one of my favorite co-workers.
It'll be the second office-baby in two months.
I have the enviable position of shopping for luxurious baby gifts! 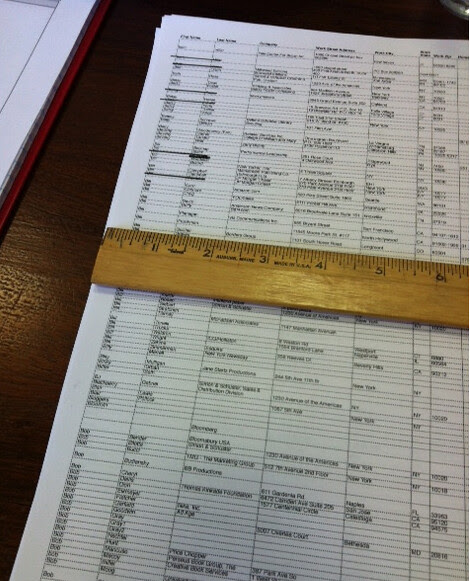 This little project was the last straw for my old eyeglasses.
45 pages of teeny font which could not be made any larger.
It's a list of 5632 contacts and I'm hoping to thin it.
After a week I'm down to 4335. 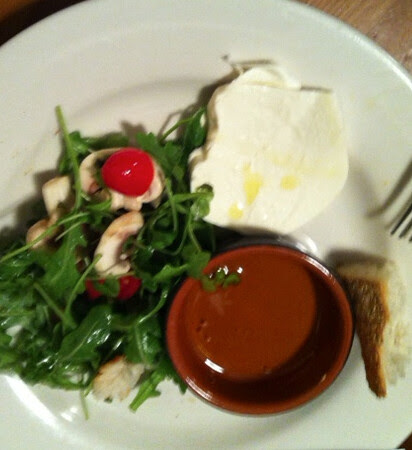 We received some beautifully flavored olive oils for Christmas and this is one of my favorite dinners...some fresh mozzarella, some salad, some oil and bread. With wine.

I never found out who left this for me... 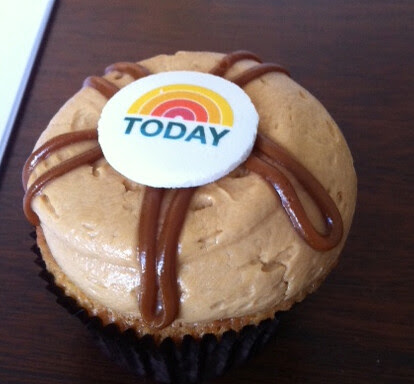 it was very very good (and I'm not a sweets person).
It proved that I'll eat pretty much anything left on my desk. 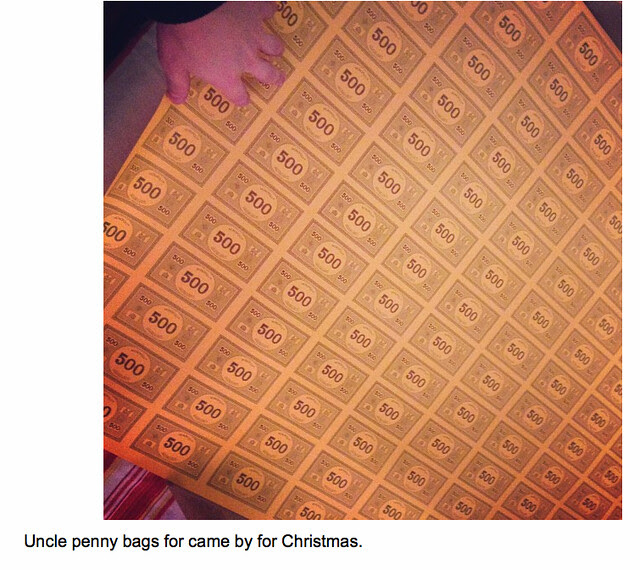 Middle's thoughts on his paper present from Christmas.

We're all well! Youngest's wrist had a follow-up xray and is fine (this is amazing), Oldest is beginning to be out and about again and K and I are both over our flu.
As the cities and states around us declare health emergencies I am stunned that Youngest seems to have had both varieties of flu this year.
Lesson learned: get the shot early.

I hope you're all well.

kmkat said…
Just got my own flu shot on Friday, far later than usual.

I HATE smal print. Used to assume that by the time it really got to be a problem, we Boomers would have taken over the world sufficiently that it would be banned forever. That doesn't seem to be happening. Could you throw that contract list on the copier and enlarge it? It looks like pure torture to me.

Hilary said…
i am such a germ-a-phob I get the shot as soon as it comes out... that lady... UGH! I think her expression made me a little nauseous..
3:04 PM

L.P. said…
I agree with kmkat that we Boomers should have been able to ban small print forever by now. My vanity will not let me succumb to bi or tri focals (I look better in narrow, smaller frames). I wear contact lenses and use reading glasses, and squint a lot (a good eye cream is essential for the resulting creases). :)

I am so glad to hear that you are all feeling better! It's been a tough winter, that's for sure.
6:03 PM

Scot said…
That salad looks soooo good. I should go to the store and buy salad stuff to eat with tonight's roast but "The Fucking Weather" states that its only 11°?! and its Fucking cold and snowing here right now. (80903)
Luckly, because it was soooo cold last night, I baked a cheese cake!
Still wish I had that salad though...
8:19 PM

Duyvken said…
I love the glasses. And the neckwarmer, it never really gets cold enough here for them but still, I adore them.
12:22 AM

Suse said…
Echoing Amelia, love the glasses, love the neckwarmer, relieved to see it's not black. You wouldn't need two black ones after all.
6:34 AM

dervla said…
love the glasses, i didn't leave the cupcake but i wish i'd had one!
1:10 PM

Paola said…
You always choose wisely and wonderfully, frames look great on you from what I see. Happy to hear everyone is fine.
Funny we only eat that type of salad dish in the summer here ...
10:30 AM