a modern parable regarding art(work)(and frames)

Remember when Middle and I went to Michael's?
Well, it's possible I was somewhat disparaging in my remarks. Maybe.
And, I guess, someone at Michael's could have read my post and taken revenge. Kind of.
Or it could have been karma, I suppose.
Frankly, it just might have been a case of incompetence.
Middle's framed print was finally ready, many days after the date it was promised. 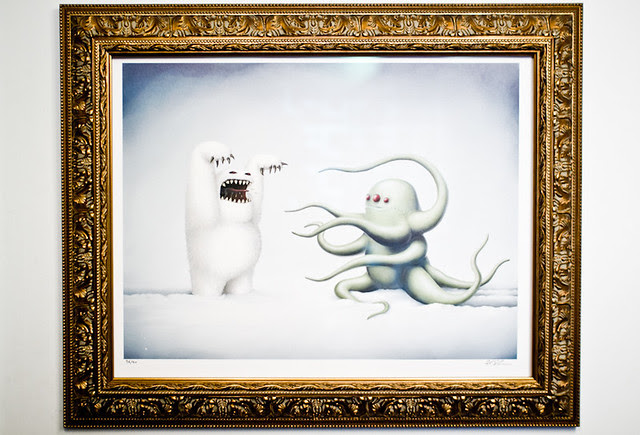 He went to pick it up and discovered 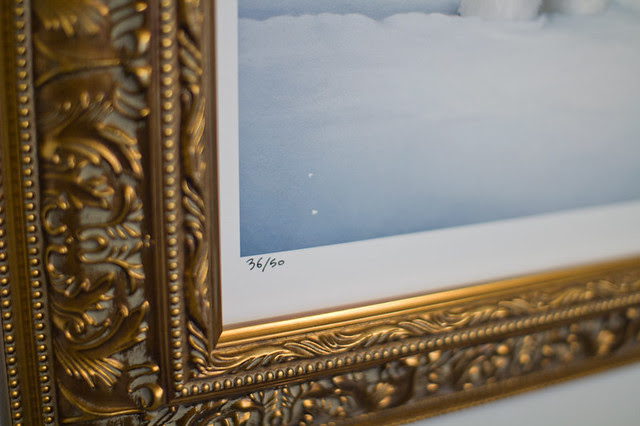 it had been irreparably damaged. Two small gouges in the heavy paper. 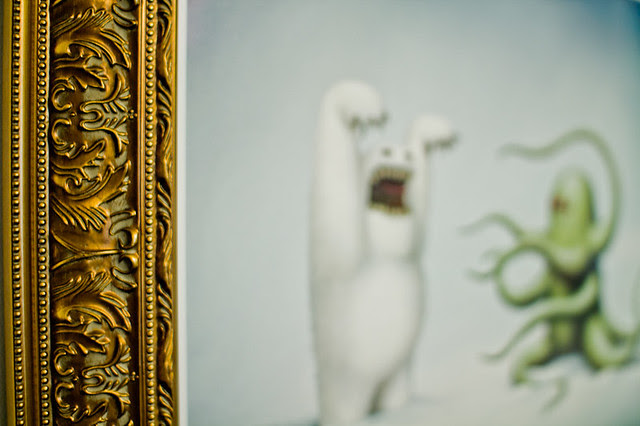 While it looked pretty terrific in the frame he had custom-made for it, it has lost its value. 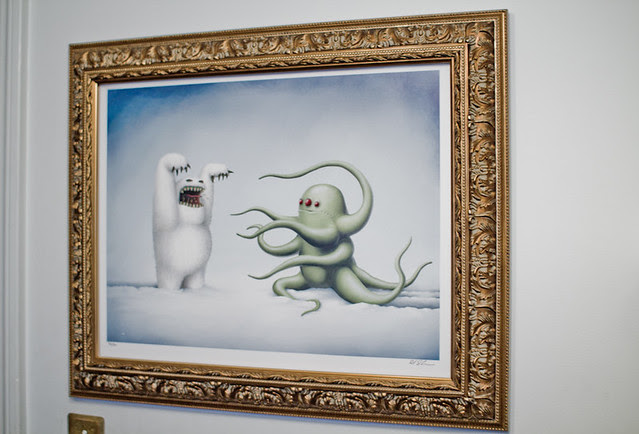 The management at Michael's gave him the run-around for a few days and finally made good. After offering a hundred dollars, they refunded the considerable sum he paid for the framing and sent him home with the frame and print free of charge.
Was this the right thing to do? Yes.
Would I ever recommend their framing service? No.
Middle and I have made a pact: we are never going to Michael's again. Not even for a laugh.

Duyvken said…
Oh no! Poor middle. he must be so disappointed. I hope he can see past those 2 tears and can still enjoy the print.
8:14 PM

Scot said…
I engrave brass plates for matted and framed "things" 5/6 times a week. This is what I've learned:

Heavy grade paper can be fixed with a technique called Buttering. The same technique is used to repair photos and wallpaper. You have to find a pro that knows how to do that properly.
Mom and Pop shops do framing better and usually cheaper than chain stores.
I do everything I can to steer my customers away from micheals. Wish you guys were here, I'd take you over to Orly's.
11:06 PM

Anonymous said…
Scot- my lesson is learned, and the choice was a blunder really. For years I have quoted Hunter S. Thompson and said "if a thing's worth doing, it's worth doing right!", and I lost track of that when I thought michales was acceptable (not that they don't provide solutions for many things... but it's not like I'll ever shop there again). Next time I will certainly reach out to people like you, who know what people want, and need.

Anonymous said…
Um, I thought my mom made up that quote.

I have never been to Michael's and now definitely never shall go. I'm glad you got your money refunded, but I'm sad that they spoiled the fun.

This reminds me of the incompetent lady who made our wedding cake...which listed dramatically and then ended up crashing into the wall at the reception. We got our money back (after much ado) which was fair ....but, you know, before that, our wedding cake had crashed into the wall! Stupid.