that was then, this is now

Dear friends,
It's Tuesday already and I haven't said a word about my trip (sigh). Last night, K looked up from his laptop where he had clicked on to say la vee and then looked at me and said: waiting.
Shall I do a recap?
Happily.
With my incredibly inexpensive plane ticket, I sauntered off to the airport, hopped aboard the plane I take twice a year, hooked up my headphones and read Esquire magazine (which I am very fond of).
In slightly more time than it takes to watch an episode of Downton Abbey I was there.
I strolled to the mini bus and took it to Water Tower Place and then hopped/skipped/jumped to Poppy's house where the doorman takes special pleasure in toying with me...well, where do you suppose Mrs. Buxom is? Go ring the doorbell, maybe she'll let you in, but you never can tell!
Of course she was there, tidying up and making ready for guests. You know, it is much more satisfying running a tiny vacuum around beautifully polished wood floors 37 stories in the sky than it is at one's own home. And, with that and the beds done, we decided to find some lunch.
Finding lunch with Poppy doesn't mean scouting through the fridge, it means walking to the nearest private club, which we did. 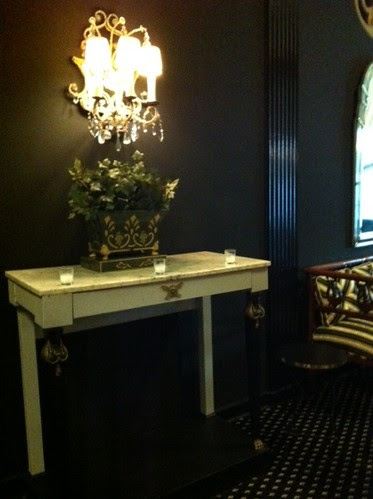 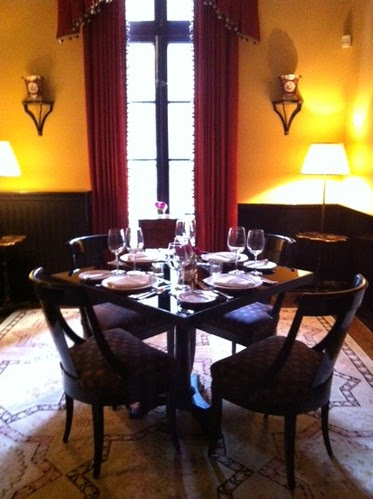 which suits me fine. Pink champagne and lobster isn't a bad way to kick things off - but I wouldn't know if there were other choices (not that I minded). I never saw a menu. Or a bill. After dessert and some cookies, at this establishment, one simply dons her coat and leaves. It was so strange. As though I had stolen lunch. We walked around the corner so I could purchase some snacks for the house (which reminds me, I could go for some of that salami), and, with that done, we went back upstairs to await the arrival of Wendy and Angie.

What you do, when you await further arrivals, is stare out the windows. 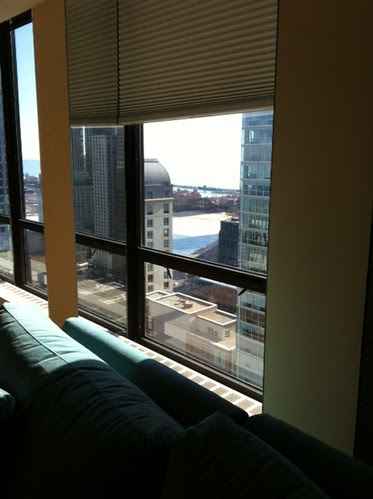 Staring out the windows is possible from many angles as there are mirrored interior walls.
(Or, you could watch two hours of Star Wars Uncut, starring me!)

Perhaps you'd like a whiskey? Of course you would. 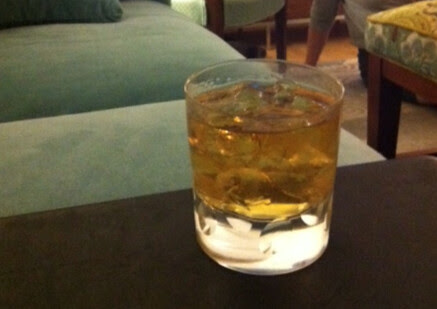 Women arrive, chattiness ensues - and, the next thing you know, it's late and hunger makes itself known. Thai food anyone? 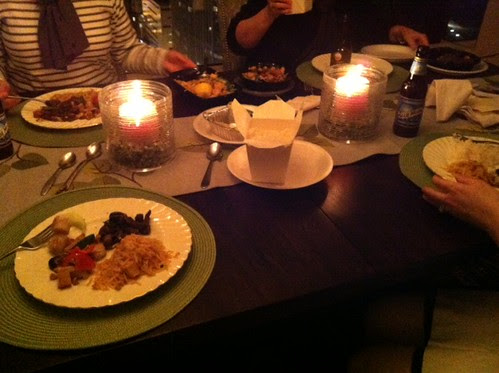 Poppy is an absolute wizard at late night Thai food orders.  Come to think of it, I've never seen a menu for that meal either. 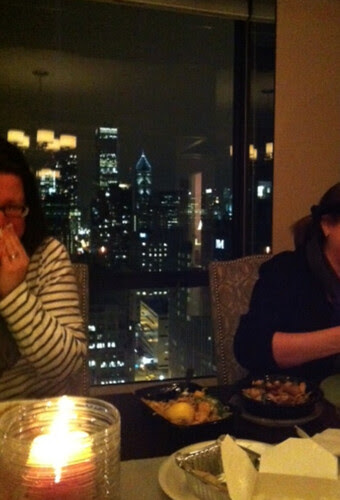 No, Wendy isn't sneezing. She's trying to keep food in her mouth during convulsive laughter. We spend a lot of Chicago-time laughing to the point of exhaustion. Still later that evening, still talking, in our beds, I mumbled at Angie,  falling asleep now...zzzzzz.

In the morning, while Poppy slept in, we walked three windy blocks for Starbucks. Then, after a leisurely morning of toast and fruit, we went shopping. We hit AllSaints, Anthro, TopShop (terrible, headache enducing) and Sephora. Fortunately, between the headache and Sephora we stopped for lunch and some of these: 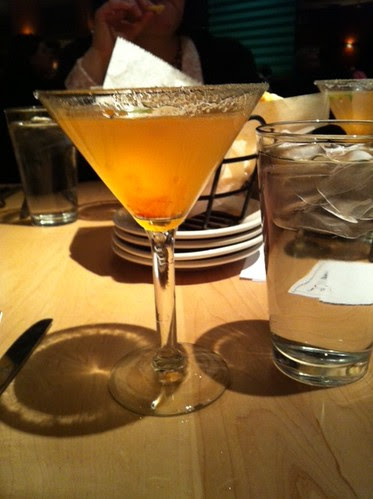 my favorite Chicago cocktail, The Accomplice, made with muddled strawberries, small batch gin, fresh basil, and prossecco, with a sugar rim. HEAVEN. 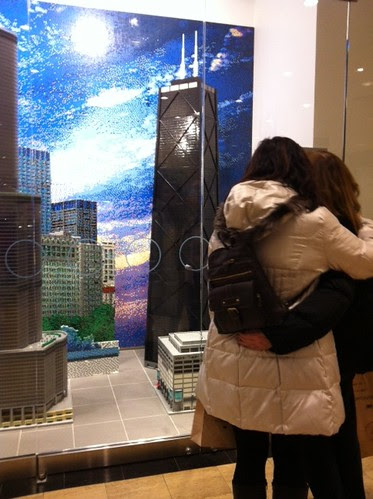 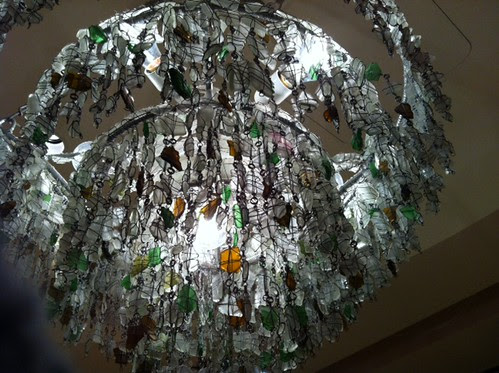 Sephora found us presenting our splotchy skin to one of their professionals who promptly transformed each of us into raving beauties. Actually, he didn't touch Poppy, but you are aware of Poppy's encyclopedic knowledge of all things cosmetic, aren't you? She does not require assistance.
And so, with beautiful faces (and a handful of lipsticks) we headed back to the Deluxe Apartment for some R&R before attending our annual festivities at Ms. Draffen's house.

Cocktail partying was done...there are always fascinating people to chat with at that party, and this year was no different.
Back out in the dusting of snow at about 11:00, we headed cross-town (north? south?) to the condo where we tucked into our beds.
Sunday morning we coffeed up and headed out for some antique-browsing and then made our way to the airports, trains, autos home.

I had a drink at the airport with an executive assistant headed home on my flight, was bought a whiskey on the plane by my charming seat-mate and made it to my bed just 15 minutes into Downton Abbey.

I had the very best time - as I usually do.
Chicago is like a weekend house. A weekend house I'll never own.
But, don't cry for me, Argentina, I'm one lucky gal.

Lover Lady said…
The Accomplice looks like something I need to try. Sounds like a divine break.
5:47 PM

Paola said…
I was eagerly waiting for this post.

I am in LOVE with your Chicago outings.
The girls, the food, the drinks!

I could probably make one of those chandeliers.
6:50 AM

KPB said…
I thought of you ladies many times over the weekend and it was as it should have been. Divine.
8:08 AM

Anonymous said…
What a weekend. I'm so happy for you and your friends.

Poppy Buxom said…
I will never figure out how you sneak in all those photos!
2:24 PM

Anonymous said…
Oh fun, you've been to the Racquet Club!