Yes, yes.
I know. My unbelievably loyal little gaggle of friends here is waiting breathlessly for photographic evidence of my trip. Meanwhile, I am on the precipice of not remembering anything about the entire week and have, twice, lapsed into coma-like sleep. Several of us have ripping-sore throats and I fear it isn't that airplane sore throat one gets as Middle started it a couple of days ago. In Amsterdam. Each time I sleep my head gets fuzzier and I start to forget details and days - and there were many. Truly, it's the sleep of the dead, and the exhaustion of the...the...world traveler? I tend to travel yearly and I'd like to think I don't fall into coma-like jet lag but this trip (I've been home less than 24 hours) is kicking my ass.

Isn't that lovely? That's a photo Middle took in Amsterdam. I'm sorry,  I didn't like Amsterdam. It's pretty in that shot and there were some very pretty streets but it was very loud and hot and mealy. Can I say that? It wasn't the guys smoking or the people. In fact, the people in Amsterdam (and I don't mean the visitors though there were many) were very nice - whereas the people in the countryside were somewhat stern and not especially warm. I had also been biased against Amsterdam as E was robbed there and I was feeling very protective of our group. There were signs everywhere warning about pickpockets and it is no busier than my city, but still. It seemed slightly evil - and I suppose it is, and I'm generally very good in foreign cities. Amsterdam was a side trip for dinner after Kuekenhof with E's cousins, L and R.  It was wonderful to see them - she, tiny and perky and always fun and he, scowling and growling and hysterically funny. They were in the middle of a four week tour and were, coincidentally, in Amsterdam while we were in Holland - our time with them was very dear.
You see, our trip was meant, from the beginning, to be a visit to what we are now calling The Cape Cod of The Netherlands. The small town we were staying in is a short drive from the shore and, as we were leaving on Friday the crowds were already beginning to arrive for their Easter holidays.

The general area of our visit: 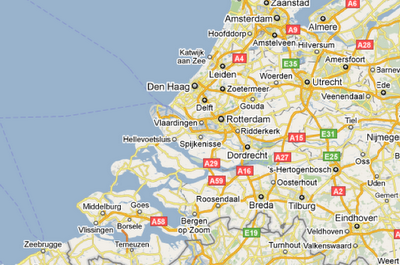 Amsterdam to the north and Leiden (a beautiful and very affluent area it seemed to me), which we drove through several times, then Delft, which we visited, and then the islands. We were on the middle island. 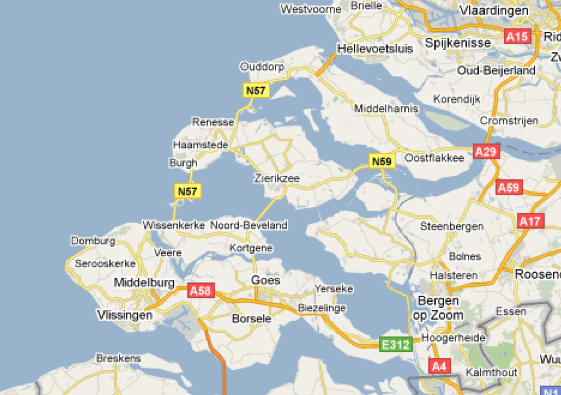 We also went to Middelburg and Goes on their market days. (Goes is pronounced Hooesh.) 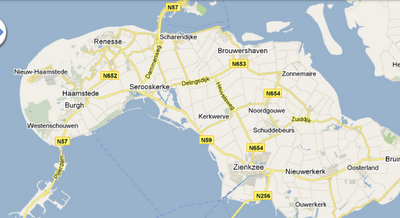 We were based in Burgh and crossed the bridges/deltaworks/dikes above and below us to travel each day to markets and harbors and local sites.
We considered and omitted visits to lots of places to be able to have a family vacation in the country much like our yearly trek to the Cape. What was extra special about this trip was that the five of us were together which has not happened on a vacation in several years. 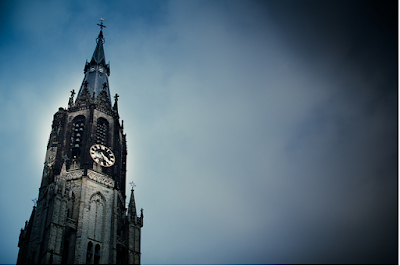 Here's another from Middle - the church in Delft. I know it looks dark and cold but nothing could be further from the truth. It was sunny and 80 degrees, and the Dutch ice cream is good on a hot day in a square in Delft. I definitely gained some weight on this trip. NorahS said…
Sorry you are not feeling well. Sounds like a wonderful trip. Looking forward to hearing more.
6:39 PM

Loretta a/k/a Mrs. Pom said…
Such a journey! It is an area of the world that I know nothing about, so I looking forward to your posts. Take your time to readjust; we are not going anywhere. So happy you all traveled as a family and are home together safely once again with tales of cheese and chocolate.
9:45 AM

Paola said…
I was never in NL and it all sunds wonderful.
1:03 PM

Samual said…
Great Blog. Set your watch to your destination time zone. This will help you to avoid Jet lag symptoms.
4:53 AM