We set off, yesterday, for points north, to pick apples.
True, Middle had been working till all hours the night before and Youngest had been promised a hot chocolate, which I forgot to get him, but both boys snuggled into the back of the car and off we went.
At 10:00, on 10/10/10, during which the car hit 22,222! 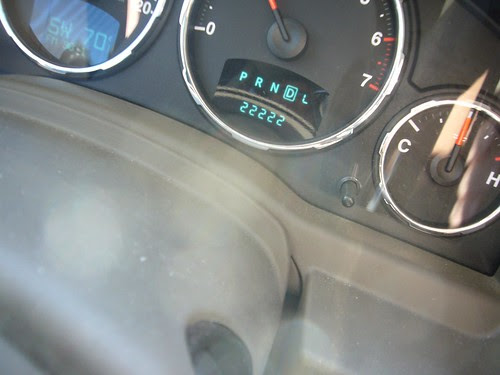 It was warm and sunny and we did a little bit of detour traveling to avoid traffic and relied heavily on the lady who speaks to us through the dashboard. This, of course, raised the question of whether we will spring for that little luxury in March when we return our Jeep and get a new car. We won't go into the fact that leasing is wasteful, okay? I'm researching a few new cars and we will probably lease one as it is cheap(er). But the navigation system adds a lot to the bottom line and is usually offered on the more expensive models of the cars I like. I'm considering a dashboard device instead of a built in - but K has ideas too and made a case, yesterday, for an iPad with a navigation app. You may talk amongst yourselves.

ANYWAY. North we went! Arrived we did!
All the usual suspects were there: the Japanese contingent, the Spanish crowd, the people picnicking in the fields, the couple asking us to take their photos for them. We picked and laughed and were completely overdressed (I made an impressive turban with my scarf which only embarrassed my children a little.)
We were told that we had missed the Honey Crisp apples, which were a favorite from last year, and this disappointed us.
Suddenly, across a field and through a small ravine, we thought we spotted some, in a fenced off area. 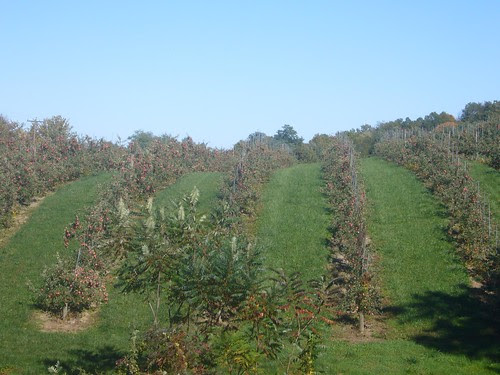 This would not do.
Such deliciousness just beyond our reach.
We sent out a scout. 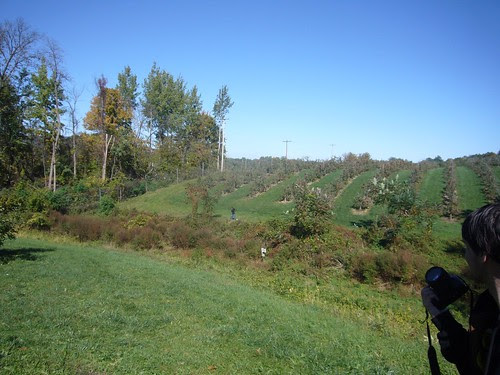 He narrated as he went...through some brambles, past a wee swampy bit, over a creek and up a hill, stealthily. 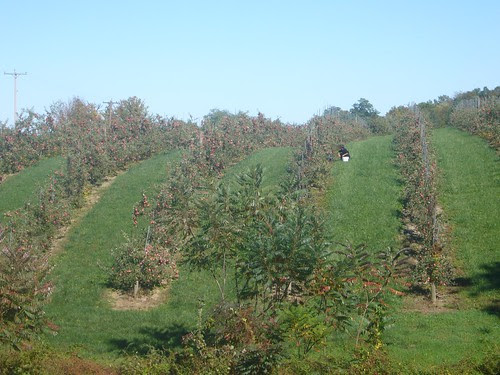 He brought back a few for a taste test.
Success.
But what now? We Emptied one bucket into another and, with the help of a comrade, he set out again...through the thicket, over the creek and then CRAWLED UP THE HILL TO AVOID DETECTION. 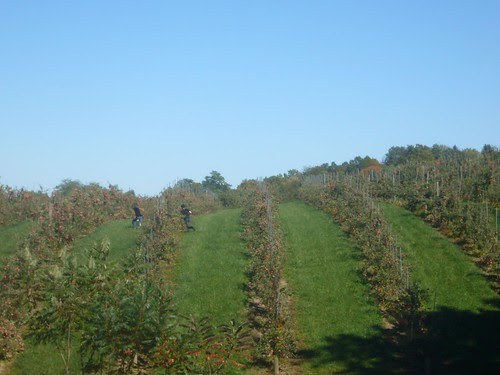 We watched, laughing, until they disappeared into the woods. And emerged moments later, on a path that we had missed seeing. (Slap foreheads and laugh more.)

Sufficiently stuffed with cider donuts and mulled cider, we drove home.
I worked diligently on the crossword and completed it! 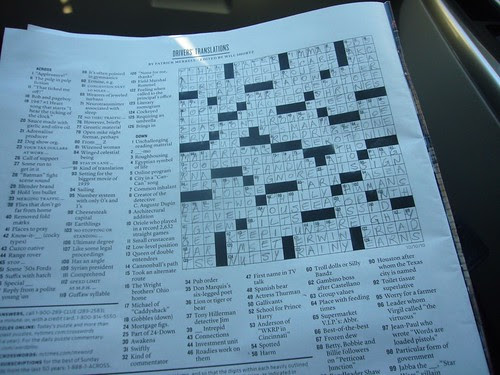 I'm off today and have made a pie. 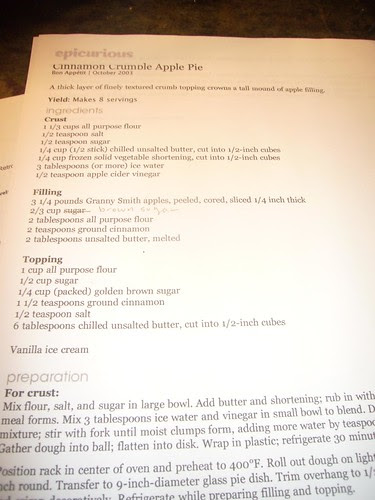 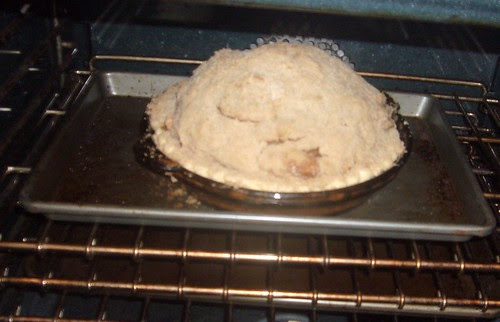 I have a post up at BlogHer called Would You Wear These Fashion Trends? which is about sequins and leopard and shorts but, what I really want to know is: would you wear these?

Liz said…
I will wear all of them except the animal prints and the rompers, but I don't think I can pull off that dress Halle is wearing. As for Sequins, the top was cute, but definitely not cute on the jeans.
1:14 PM

Anonymous said…
I wouldn't be caught dead wearing that.

So you stole Honey Crisps? (Forgive me, I skimmed.) I would imagine that the thrill of the hunt made them taste even MORE amazing. They are my favorite (maybe only) apple too.

Soft Rock Mama said…
Hell no! Not the jeans or the boots. Nope.

The pie looks rather hard to cut. But delicious.

KPB said…
So now you can get a tramp stamp on your clothes instead of tattooed on? Score.
5:41 PM

Scot said…
"No Honey, that billboard back there doesn't make your ass look REALLY FUCKING HUGE!"

Paola said…
EXACTLY Scot!
No to the jeans, boots or the whole ensemble she put up.
Pie look delish. Was it???
New car!!! I want to know all about it. I love cars (still have the 11 year old and I am now thinking it will be our last car too).
Apple thieves ... funny. and so old fashioned I love it.
10:33 AM

Anonymous said…
Sounds like a good apple day. One for the books.
No, not on any occasion ever.
12:37 PM