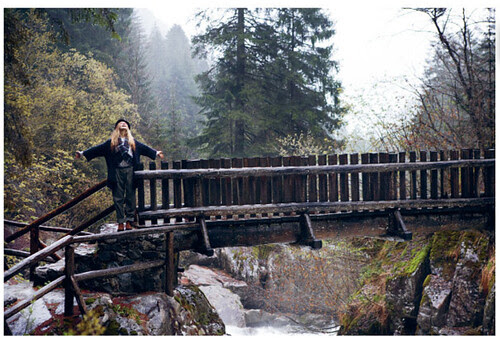 It would be easy to continue writing posts around the emailed photos I receive from TOAST and Anthropologie, wouldn't it?
But I know you crave more information.

We continue to commute together, K and I. He's working near my office. Actually, he's working at the company that laid him off last May. Isn't that funny thing?
Yeah. We're laughing our asses off over here.
We ride together in the morning and kiss goodbye at the station and go off to our jobs.
My boss is in Europa this week so it's been veryvery quiet. I look forward to his return.

We still have our house guest and I'm afraid we sit around drinking and discussing until we can drink and discuss no more each evening. I think this is wearing on me. On my liver specifically.

Yes, I will probably, once again, attempt an apple recipe that appears simple but which will, without fail, fail. I know you're looking forward to hearing about the fated pie/crumble/tarte/candy apples and I hope I won't disappoint you.

Here's a question for you: do you have an opinion regarding family photos?
We have a black and white series of small photos (four of them) hanging in the living room. I don't, generally, like family pictures, but these aren't bad. A photographer was taking pictures of all the grandchildren and I asked her to pull my three out and just shoot them sitting together. Youngest is on a tall stool, Oldest is behind him and Middle is standing in front of them. They are wearing jeans and tee shirts, she did a good job catching their personalities - and the photos were taken over ten years ago. I'd like to replace them and Middle has agreed to shoot them for me. I *could* pose them exactly the same way but I really hate posed pictures, especially with adults.
What should we do?
One thought is to shoot us hugging each other, 3/4, black and white. Another thing I thought of was to ask Middle to shoot our hands. I love our hands.
I had asked Middle about levitating us on the front lawn and he pointed out that levitation is passé.
What say you?
Can this be avoided?
Labels: pictures

Scot said…
Personally, I think you should go for the pose. I hate posed pictures also but there's a difference between posing for a portrait and posing for a comparison shot. I think you should also do the denim and tee shirt bit. when will you ever get the chance again? You can always have candids done afterwards. Besides, these kids have a grandmother who, I'd bet, would love a double frame with those two pictures, side by side. AND (I really hate to say this) christmas IS comming.
9:32 PM

Paola said…
I love the photo idea! I am with Scot too.
I really like the hand idea too I have to say, you have gorgeous hands.

BCIslandMom said…
oh Paola, you make me laugh! And BB, whatever you do, don't let the opportunity pass!
12:42 AM

Mary said…
You must do the hands ...it is a gorgeous idea. If middle is doing the photos ( and I know he will do such a beautiful job) I wonder if you could do both a repeat of the original idea (I know you hate posed but it could be a lovely comparison ) AND your hugging one. Then you can choose which one suits you best ( or hang one with the first and the other in your bedroom)...
5:40 AM