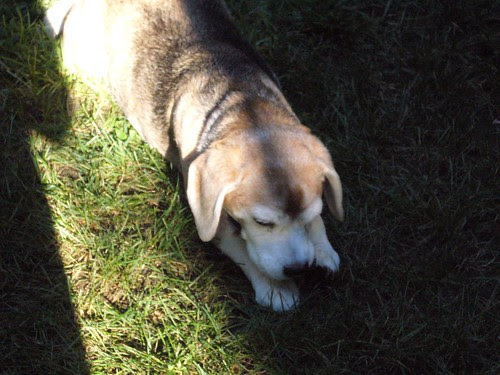 The dog is gone.
The dog has died.
It was quick. Sort of. A couple of weeks of off behavior.
The vet told us a couple of years ago that she was very old. We changed some things in her life, made some adjustments. Bought dog toys again. Oldest became wary and passed her many many little treats over this past two years: little bits of bacon, fresh fruit, a little pork.
We bought her some very fancy canned food about a month ago and it proved to be too much for her. Not that it killed her, but it was too rich, I think.
She wasn't well.
Finally, this week, she stopped eating and drinking and nothing could be made right for her. I, yes I, fed her water from an eye dropper.
She stayed on her delicious giant soft bed for three whole days and only moved once - to walk slowly to Oldest's door as if to tell him something. 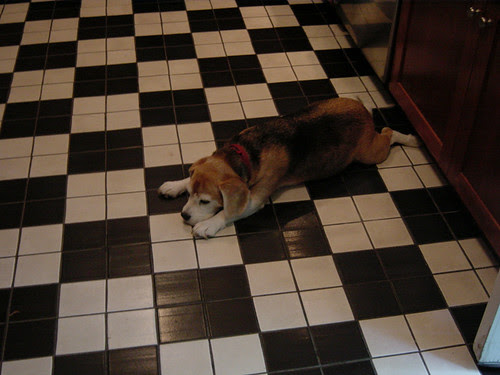 She and I had a tacit understanding. I do not care for dogs and she did not care for me. This made neither of us very popular.
She ran to greet K every night when he got home. He would scratch her behind her ears and say "hello, Dazey." Then she'd trot off and wait for someone to drop some food in the kitchen. But she was Oldest's dog and slept in his bed from the time she was a tiny puppy until he was too tall to share the space with her. She would follow his scent across the lawn when he went out. She was curled up with a tee shirt of his this morning.
They had a brutally teary goodbye - Oldest and Dazey.
Dazey Dog.
Dazey Dooley.
He was the best boy any dog could want and she, well, she was the very best dog a boy could have. 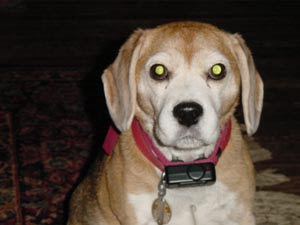 Wishing Dazey safe journeys, wherever she is, and wishing Oldest comfort...

So, so sorry. Truly. It's never easy to say good-bye to a family member, no matter the tacit understandings.

My heart goes out to Oldest.

alice c said…
A dog that you have grown up with is part of your heart for the rest of your life.
4:40 PM

MsCellania said…
Gosh I am so sorry for Oldest.
I am crying right along with him.
I prefer a lot of dogs over most people.
4:50 PM

Fannie said…
Oof, that's a tough one, so sorry. (My secret fear is that I will actually miss the Terrorist when she goes.)
5:09 PM

Anonymous said…
I was very generous of you to allow Oldest to have a dog, considering. Good parenting, though. Our senior dog, now [at least] 15 years old, has always occupied a special place in our #1 Son's heart. Every time he has been preparing to leave from a visit home since he went away to college in 2003 he has said a special good bye to Bear because he didn't know if he would ever see her again. So far, so good. For all we know, she may be immortal.
5:36 PM

Badger said…
Aw.
Well.
Hugs to Oldest.
Apparently we are getting a dog this summer. The family has out-voted me.
(I don't want to talk about it.)
(But I'm still sending hugs to Oldest.)
6:52 PM

elizabeth said…
sorry to hear. she looked very beautiful. a hard time esp. for Oldest; will say a prayer.
7:38 PM

Lover Lady said…
:( Savannah, Pepsi and Charlie send their love to Oldest along with a lick.
7:53 PM

Crazy Mom! said…
I'm so very sorry. It's hard to have a beloved pet die. They are a close part of you, and so close to the boys. Tell Oldest how sorry I am too.

It sounds like Dazey was much loved, and had as good a life as any dog could ever have.

You were good to help her. I'm not a dog person either, though we have one. I lurve my kitties, and I fall apart when they suffer.

Anonymous said…
Tears, here, too, as Oldest says goodbye to a part of his youth.

I hesitate to ask, but did you have a burial? I could not bear to bury my last pet that died virtually in my arms. My two very young kids did the honors in our backyard (with DH). They were awesome. Even wrote some poetry. ! So bittersweet.
10:50 PM

West Coast Canadian said…
So sad for Oldest. We have a 4 yr old beagle and there are times I wish for his demise. We also have na agreement but I know I'll miss him when he's gone.
10:57 PM

Anonymous said…
So sad for Oldest. I see that brutally teary goodbye in my future. And I dread it.

Anonymous said…
I just noticed Dazey's dates...that is a really long life for a dog. I hope Oldest takes comfort in that.

Scot said…
What a shame. Put your arm around Oldest and tell him I'm saddened by this and feel badly for him. Tell him I said to warm his heart with fond memories of Dazey and smile. "Even birds sing after a storm..."

KPB said…
That bloody dawg has gone and made me cry. In the thoroughfare. Of the hospital.

Can you please give Oldest a hug from me? Or just say that my heart is hurting for him. That may be more appropriate.
6:14 AM

chickie said…
Goodbye sweet, sweet Dazey. Oh the love of a good dog and his boy...
6:51 AM

vicki johnson said…
I am so, so sorry for Dazey and Oldest.
9:14 AM

No matter what you say, she WAS a super cute dog with highly scritchable ears.
9:57 AM

Carol said…
Sorry for your family's loss. I get that "understanding" completely.
10:06 AM

Anonymous said…
I'm sorry. It sounds like you all honored her up until the end though.
11:39 AM

Sending squeezy hugs to all of you, especially Oldest. It's hard to lose a friend like that.

Amy A. said…
A sweet faced dog, that Dazey.

Paola said…
I met Dazey, I saw her with Oldest and witnessed the bond they had.
I am not a dog person yet I cried whiel reading this. A pet in a family becomes part of it and when it goes there's no denying it, it HURTS. I know. Been there.
So I'll line up with all the others and hug Oldest, I am so sorry.
Ciao Dazey ...
1:57 PM

Julia said…
A very nice tribute! I'm so sorry for Oldest, childhood pets are so hard to lose.
4:35 PM

Happydog said…
It's so sad to lose a dog you've grown up with...I've always been a dog person and have had many in my life but there's a special place in our hearts for that first dog...by condolences to your family and especially to Oldest....
5:41 PM

Caterina said…
I haven't been on here in about a week. And this kinda caught me by surprise.

I loved your dog (having never met you or your dog). When I first started reading your blog years ago, there was something so gentle and easy-going about her.