Such emotion my post of the hideous shoe sparked!
I don't like them anymore and I agree with everyone. Orthopedic! Clunky! Adorable! Good with tights and long legs and a short skirt. (I have one of those things covered.)

Yesterday we decided to visit the ocean.
I say "visit" as there were stern warnings everywhere regarding staying OUT of the ocean.
A typhoon, a monsoon, a maelstrom (well, maybe not an actual maelstrom) was off shore and we were wondering how it might effect our beach.

It was a muggy morning when we set out.
We had tracked the weather on our laptops. 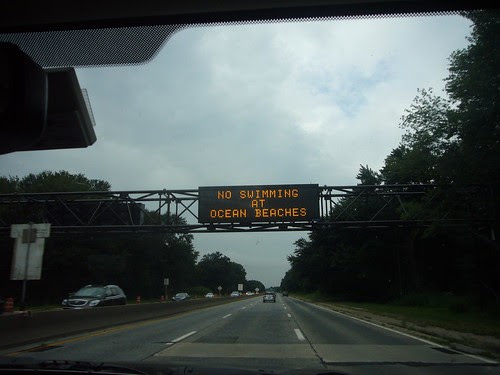 We were equipped with camera gear and a couple of towels and some sweatshirts. 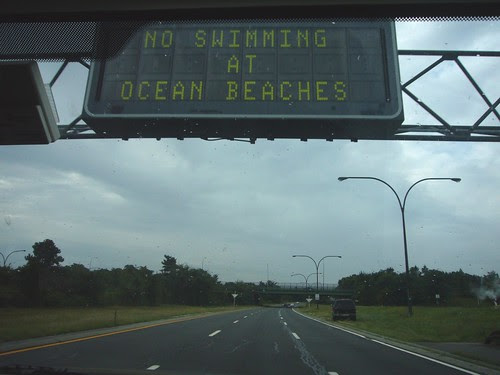 Our excitement built with every sign.
It built even more when we saw dozens of cars lined up along the dunes.
We were turned away, after being allowed across the channel, at our favorite beach and circled back to the surfer beach.

We got a spot in the parking lot (unusual), crossed the road, climbed over the dunes and took it all in.
The sky was gray and full of clouds. The air was steamy. The waves were wonderful. 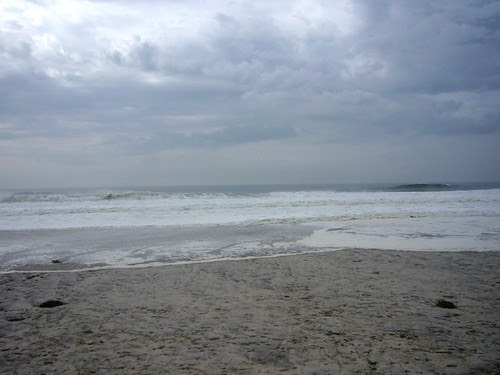 (It seems to me, and I've told you this before, I think, that photos of the ocean are like photos of fireworks. One never gets the full impact of the sight.)

We put down our bags and towels and beach blanket just as Middle was saying: I think the water comes up here....
And, lo, he was right. Seconds later, a rather large wave hit the shore at a distance from us and six inches of ocean rushed at us rather quickly. Middle, fully dressed and carrying the expensive equipment, yelped something like: told ya! and most of our things - K's shoes, the sweatshirts, the blanket, were swamped and sent up into the dunes - where we scrambled too.

From that vantage point we could watch the comings and goings - of both the crowd and the sea. 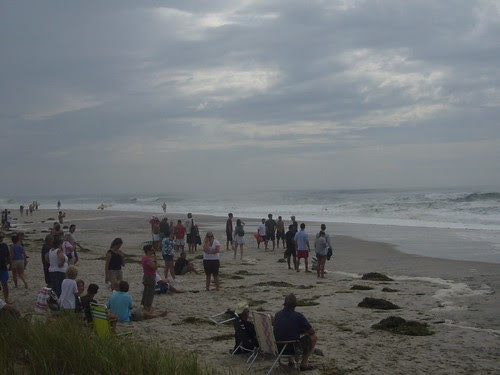 The lifeguards worked hard to keep people away from the shoreline but the crowd would spill down off the dunes. 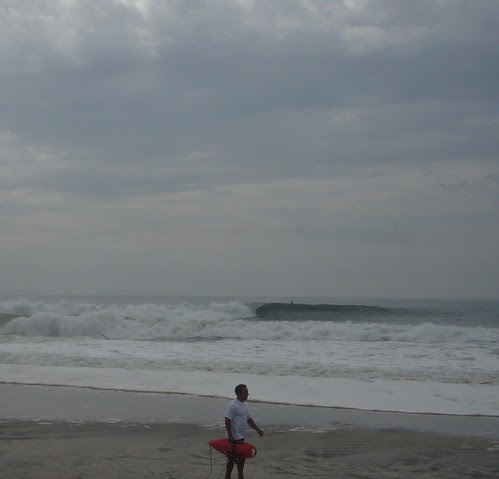 And what was the most fun to watch?
The surfers of course. 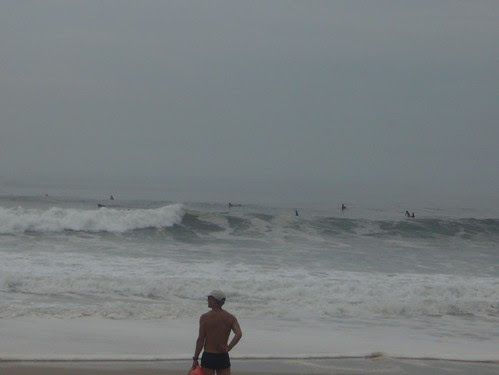 More than a dozen of them wiping out, paddling (with great difficulty)or making long beautiful rides from one end of the beach to the other (to great applause and cheering). 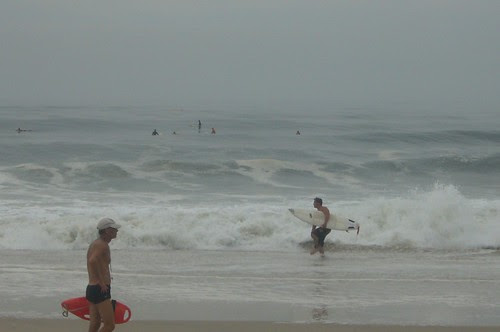 It was a great show. 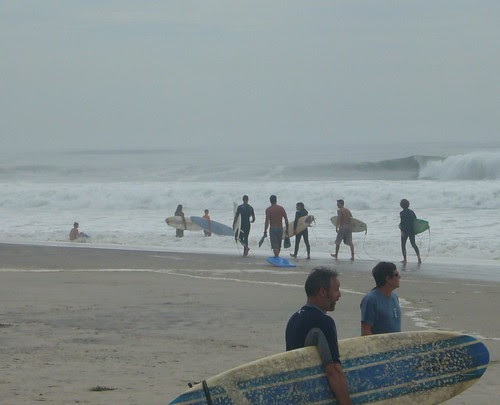 On land and at sea. 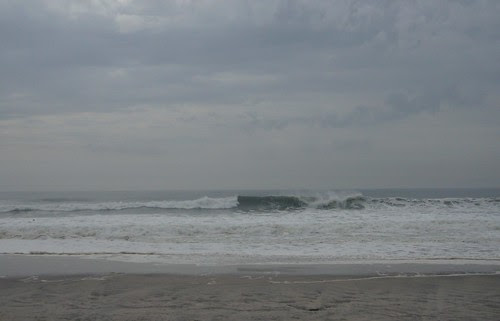 And my pictures are nice...

But Middle's are spectacular. 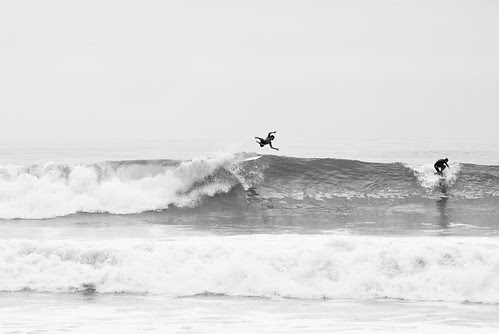 Labels: back to work

Anonymous said…
Oh dear Middle, will you ever remember me when you get to be a hot shot?
Those pics really rock.
Paola
1:46 PM

Anonymous said…
Tell Middle my jaw dropped when I saw his photo with the surfer in the air. Fantastic!
3:12 PM

Jen on the Edge said…
Reading your post, I can actually smell the beach air and hear the waves crashing on the shore.
5:04 PM

KPB said…
Tell Middle he is more than welcome to come and hang at our place where every.single.day he could walk the 200 metres or so over to the beach and photograph the most changing scene in the world.

You and K (and Oldest and Youngest), of course, are more than welcome too.
9:25 PM

Anonymous said…
Thanks everyone.

I actually really like that last one before the two of mine, I wonder if I took any nice wide ones like that with the sky and all..

Anonymous said…
Ah, I love a stormy day at the beach! The photographs really capture the day. Well done.

Anonymous said…
Wow. How awesome.
That last picture was worth all the effort.
I still HATE the shoes.
10:43 AM

Anonymous said…
Those waves are just astounding. Love the pics--everyone's.

I'm glad you weren't swept away like people were in Maine. I just couldn't believe that news.