pictures from a Sunday afternoon

We did an early morning scooter ride to Whole Foods. I haven't been there in a very long time. Their produce looks awfully nice. Have I ever told you that I seem unable to buy good produce?
I bought apples and nectarines at Trader Joe's and they were terrible. And speaking of terrible things from Trader Joe's: 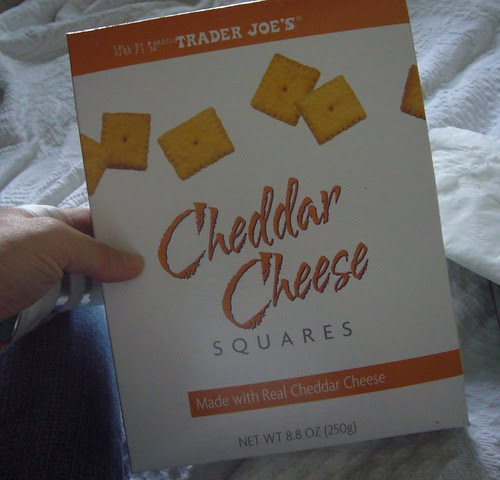 First of all, they are made of cardboard. They do not taste like cheese AND they aren't orange. I suppose they don't contain any artificial ingredients. Blech. 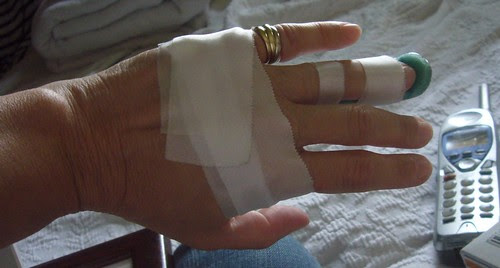 There you are. The Injury Of The Week. To tell the truth, we've been injury-free for a long while and this one is no big deal. Though it's ALL swollen now - not just the knuckle. I'm almost ready to whine about how hard it is to type. Almost. 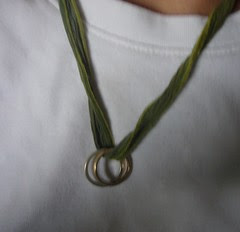 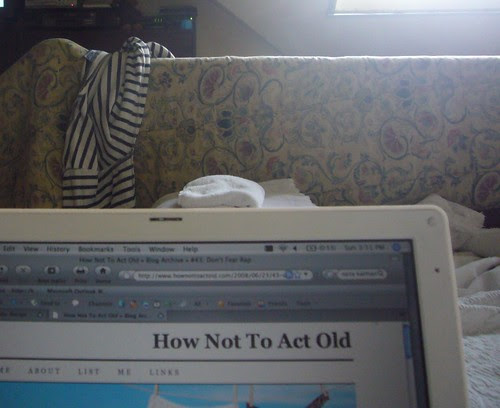 And look what was on television! 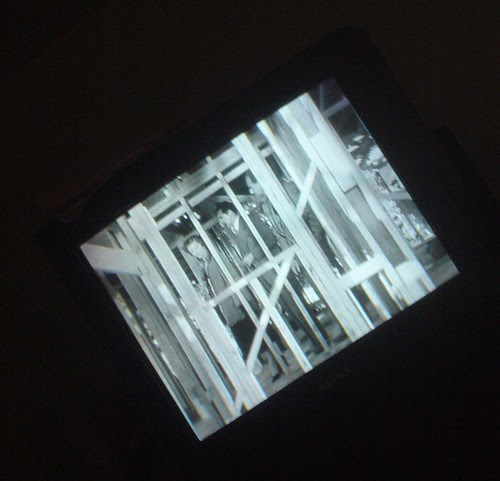 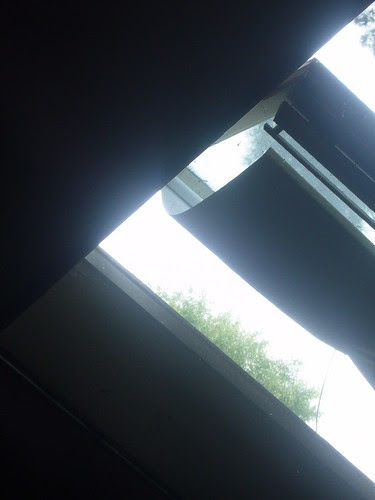 The weather was hither and yon. I changed my outfit three times. Hot, cold, damp, cold. 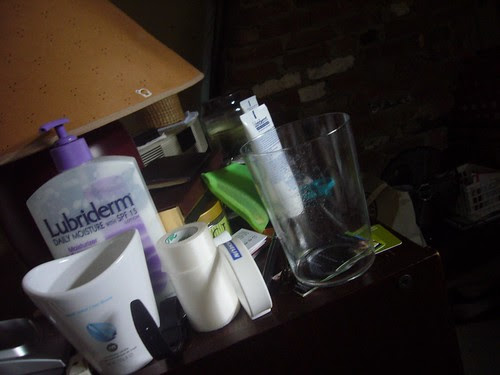 Labels: I'm a bit of a slob

Anonymous said…
The only place that I have EVER seen orange cheese is int the USA. Our cheese is always yellow.
8:24 AM

KPB said…
Our local fruit shop has started selling orange cheese - I keep wanting to buy it and make something ridiculously American.

That said, I think snackfoods that are meant to be cheese related must contain nothing real. All orange snackfoods must only contain ingredients with numbers.

And man, I'd be bleeding that finger injury for all its worth. It looks impressive. You still haven't shared how you did it, or is that not for public consumption? Or did I miss something a few posts ago?
9:26 AM

Anonymous said…
Oh how I love me some good old orange American cheese. Fake and all!
Must be awkward to type with all THAT.
Paola
11:38 AM

Scot said…
Heven't we been down the Trader Joe's snack food road before? Wasn't that you?
This is why you gotta stick with Pepperidge Farms Goldfish - real cheese and a smile on every face. Plus, no icky orange fingers afterwards.
Your bedside clutter makes me deel SOOOOO much better about mine. Thank you for that. What's that odd looking little white cup with the blue(s) logo?
By the way, the way you're wearing your rings, total class. typical BlackBird!
Take care of that hand. Does it screw up your bowling?
7:33 PM

Miz S said…
Wow, you're bedside table is WAY WORSE than mine. I'm enjoying a unusual feeling of superiority.
8:13 AM

Anonymous said…
I'm a HUGE fan of Mr. Blandings and his dream house. And his wife. Great movie.
And thank you for saying something bad about Trader Joe's. All I ever hear is how great it is and there isn't one near me so I've always felt a little left out. Until today.
8:18 AM

RW said…
I have to agree with the above comments - the image of your bedside table makes me smile as mine is just as chaotic.
12:43 PM

I want you to know that I have that exact Method Sweet Water candle on my nightstand.

Magpie said…
My favorite scene in that movie is the paint colors scene:

Mrs. Blandings: I want it to be a soft green, not as blue-green as a robin's egg, but not as yellow-green as daffodil buds. Now, the only sample I could get is a little too yellow, but don't let whoever does it go to the other extreme and get it too blue. It should just be a sort of grayish-yellow-green. Now, the dining room. I'd like yellow. Not just yellow; a very gay yellow. Something bright and sunshine-y. I tell you, Mr. PeDelford, if you'll send one of your men to the grocer for a pound of their best butter, and match that exactly, you can't go wrong! Now, this is the paper we're going to use in the hall. It's flowered, but I don't want the ceiling to match any of the colors of the flowers. There's some little dots in the background, and it's these dots I want you to match. Not the little greenish dot near the hollyhock leaf, but the little bluish dot between the rosebud and the delphinium blossom. Is that clear? Now the kitchen is to be white. Not a cold, antiseptic hospital white. A little warmer, but still, not to suggest any other color but white. Now for the powder room - in here - I want you to match this thread, and don't lose it. It's the only spool I have and I had an awful time finding it! As you can see, it's practically an apple red. Somewhere between a healthy winesap and an unripened Jonathan. Oh, excuse me...

Mr. PeDelford: You got that Charlie?

might I add...? said…
Hmm. My two-year-old practically lives on TJ cheese crackers. I like that there's nothing artificial in them. So, if you're going to shop at Trader Joe's: their produce pretty much sucks (am I allowed to say that on here?). They're great for frozen prepared foods, for frozen salmon (the wild stuff is much cheaper here). But the thing I like best about TJ's is that they're small. I hate having to traipse through the enormous supermarket, even when I have a huge shopping to do.

Your poor hand! I'm glad you went to the doctor. And I love how you're wearing your rings... very sweet!

I also like that you posted a movie that I can actually recognize from one still shot. Makes me feel a tiny sense of accomplishment, much missing these days.

AND I certainly appreciated seeing your bedside table: I've been admiring your lovely sense of style for a long time, and I see there's possibly hope for me yet....

Take care of that finger. And don't give up on everything at Trader Joe's yet (just don't buy the produce unless you're really desperate... the bananas are always bruised, but sometimes I'm desperate, as I have a wee one who loves to say "nana" if he sees them).
2:44 PM