This is it, I think. My last Wellfleet post - I've got to get my head back into Life At Work and, in a few days, start thinking about Chicago. But first - the pictures...and some words. 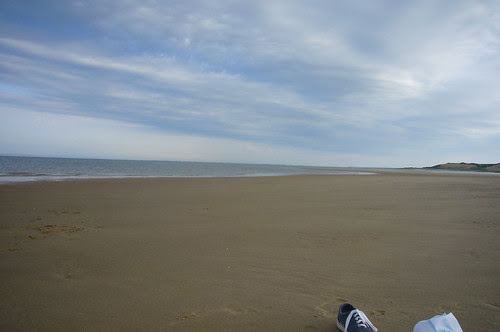 I call this: One Shoe and Endless Sky. It's Great Island at 6:30 in the morning, because we are Perfect Parents - and, well, that's what time low tide was at. I think my core temperature is finally coming back up to normal.

I'm still kicking myself. WHY didn't I take my MIL, Mother and SIL to see this?

And would we have been the only women there?

Okay, back to my artistic beach photographs: 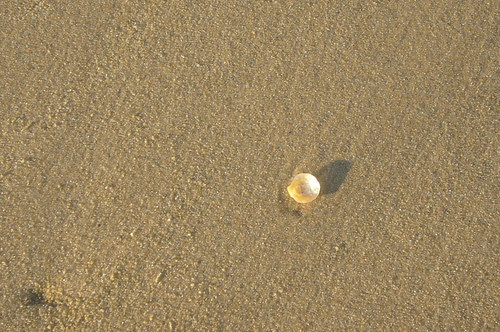 My niece calls that kind of shell Grandma's Toenail which totally skeeves me out. On the other hand, it keeps me from collecting MORE stuff from the beach. 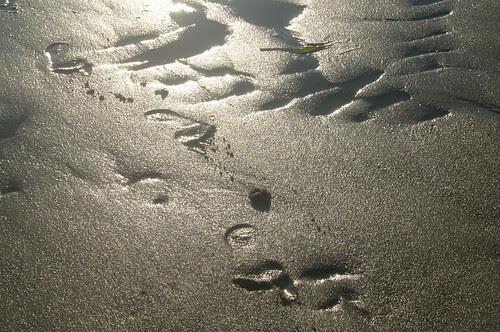 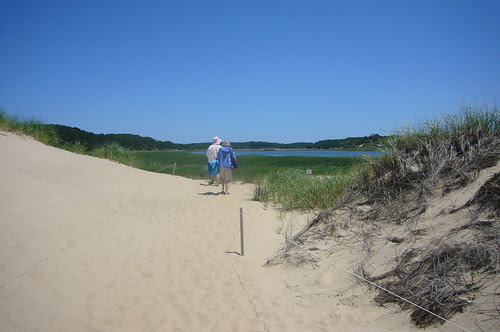 Two grandmothers (Grammy and Ma) leaving the beach. Can I tell you? The grandmothers were pretty damn cute at the beach...and in town too...
Look, here they are in town: 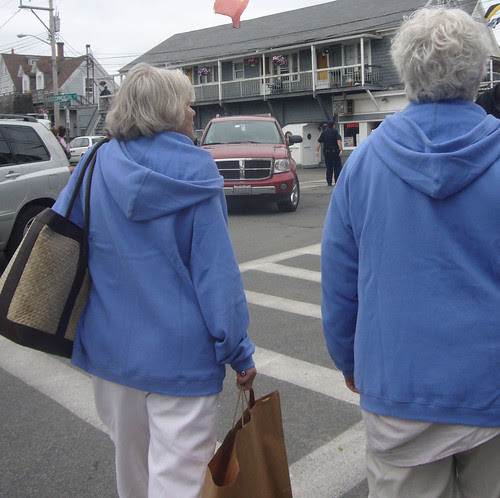 they bought the same sweatshirt. They were wearing the same outfit to begin with! All of a sudden I turned around in Ptown (which, you know, is sort of gay mecca)and realized that we had our own lesbian couple! And, the next day? 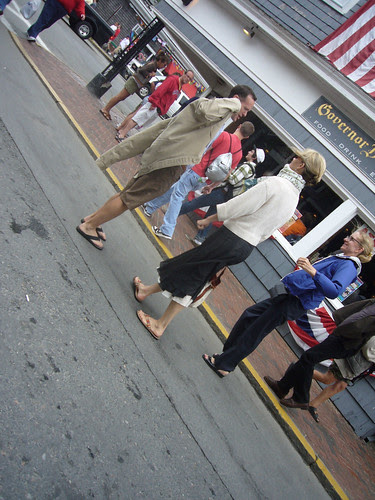 beautiful European travelers were forced to don outerwear! It was cold, people.

Neveryoumind. I bought some things - 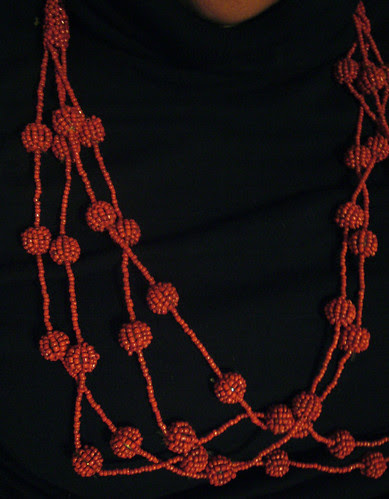 like my new necklace. And I ate a clam roll.
I sort of missed the boat on this one though - 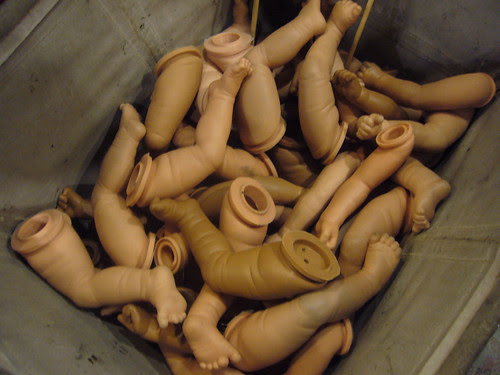 doll parts. I kind of wish I had bought some doll parts.
Ah, well.

I'll close with one last shot of Youngest defying nature by skimboarding in gale-force winds and rough seas: 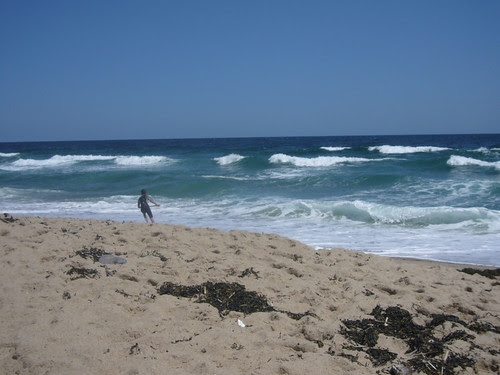 I was a little nervous watching him that day.
Fortunately, the bartender at The Wicked Oyster makes a very nice cranberry Mojito.

Suse said…
Were the grandmothers doing the matchy matchy on purpose?

Anonymous said…
Those grandams didn't want to lose each other in a crowd. Can't believe you missed naked boys singing I hear their voices are remarkable.
7:49 AM

The grandmothers are too cute!
9:10 AM

Mulberry Market said…
Every year or so when visiting P-town my friends and I take in a drag show...the most fun you will ever have. You laugh until you almost pee. Also a great date night for anyone is the piano bar at the crown and anchor..best show tunes and standards around. I am counting my days till I sit on that sand!!
9:12 AM

Anonymous said…
That shell skeeves you out? That box of doll parts skeeves me out big-time. Especially seeing so soon after the naked men singing. I won't tell you what I thought they were.

Anonymous said…
I don't believe there's such a thing as a bad beach picture. That said, yours are so lovely. I feel relaxed now.
10:42 AM

AWWWW for Youngest, as always

Caterina said…
kmkat said it for me. The doll parts pic, ew. And so soon after the naked men....he he.

Anonymous said…
I love P-town. The last time we went there was a wonderful gathering of Wiccans having a bonfire on the beach for some sort of menstrual welcoming reception for their daughters and grand daughters. It really was beautiful.I believe that trip was the one & only time Spouse took me dancing at a gay disco. For the record we both had a marvelous time.
3:43 PM

Anonymous said…
A) I know you don't read, but Isabel's Bed by Elinor ("David" :) Lipman might be the perfect book for you. Set near Ptown. I love that story and re-read it all the time. It's very funny.

B) That necklace! OMG, it's simply gorgeous. You will love having that piece.

loretta said…
Lurve the necklace and the skimboarding boy.

We call them jingle shells and frankly, they are few and far between these days!

Can't wait to take my own beach pics but savoring yours till then.
5:12 PM

Nat said…
Love the photos! And the lesbian grandma couple. My mom and I went to the Vancouver Folk Festival together one year and we realized quite quickly that everyone there assumed we were a couple. Which...eeeew! She's my mom!
10:18 PM

Mary said…
I have that necklace - oh yes I do..

Your photos made me so happy - I adore the one of the two grandmas heading home from the beach..
9:23 AM

Julie said…
On the way to the Fleet as we speak.

karenth said…
Thanks for sharing the 'fleet with us BB. Things are sad and a little scary here this summer. Your photos and gentle posts helped a great deal tonight.
11:55 PM