It was a simple mistake.
A couple of weeks ago, I bought this:

and, though it was full of preservatives and contained enough salt to stock an ocean, it wasn't too terrible and we ate it. (We try to do one meal a week that is "convenient".)
So, last week, I thought I'd try the competition and purchased this dinner kit thinking it was the same:

and committed a near fatal flaw.

You see, the first kit was acceptable. True, it was salty and, no doubt, loaded with chemicals but the boys liked it and we ate it up.
And I don't think you can blame me. Who wouldn't want to try the competition? It could be BETTER STUFF.
Why would Mama Ortega steer me wrong?

See her honest-looking face?
The pictures on the boxes LOOKED THE SAME...but there was ONE VERY IMPORTANT DIFFERENCE. 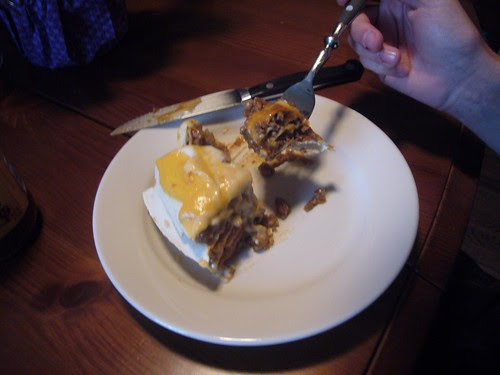 Though it looked good on the plate - the Taco Lasagna featured "enchilada sauce" and liquid mozzarella.
I'll spare you the details. Suffice to say: Taco Lasagna and MY FAMILY don't mix well.

But the sunset was gorgeous. 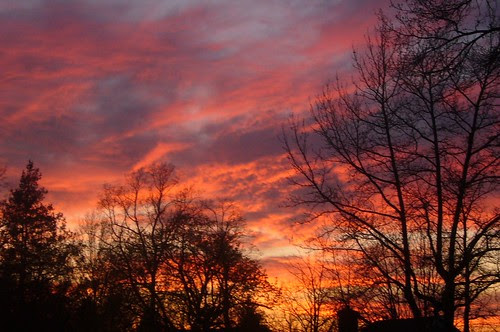 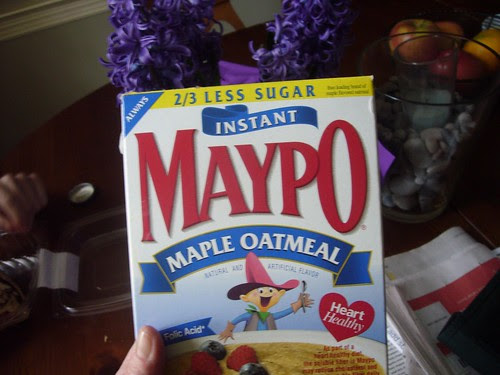 Maybe you don't want any of our Maypo. 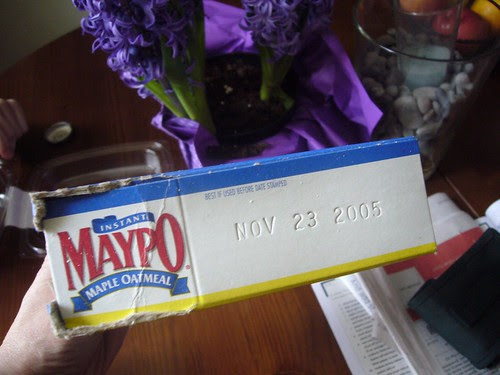 dan renzi said…
I have a jar of powdered meringue from 2005 in my fridge. I've never used it, so I believe in my heart of hearts it's still good. Never mind the fact that my stove is not turned on, thereby negating the ability to use the powdered meringue. It just makes things feel homey, having it there.
7:16 AM

NorahS said…
I find things like that around my house on occasion. I just toss them and move on. :o)
8:27 AM

Little Miss Sunshine State said…
ACK! Did that Maypo come out of my Mom's pantry? She has stuff that is older than that.
9:50 AM

Anonymous said…
I thought I was the only one having super old expired stuff, but look, I am not alone!
I LOVE that blue hyacinth and fire red sunset.
Paola
9:59 AM

smalltownme said…
So it's pantry confession time around here...I went through the cupboards and there were several ancient boxes...and in the back corner, a bag of barley dated 1998!
10:35 AM

Anonymous said…
So glad you thought to snap pix of the "slightly expired" goods from the pantry. Isn't it funny that we hang onto the stuff we don't want to eat?

I somehow KNEW that Mama Ortega couldn't be trusted. Thanks for the tip-off.

Unknown said…
I like that the top of the Maypo box says "Best if used before date stamped."

So, it's not actually expired, inedible or poisonous, just not quite as good as it would've been if today were still Nov 22, 2005.

My mother used to have cold capsules that expired in 1973 in her hall closet. Those could've caused some serious damage or illness, if her husband hadn't finally gotten rid of them. In 1995.

Like it's any kind of mystery where my pack-rat tendencies spring from...
3:06 PM

alice c said…
I still have my dried yeast that I bought in 1985 when I had a brief enthusiasm for making bread. Don't diss it - we are talking family heritage.
4:28 PM

Pretty Things said…
LMAO. Truly. I've made the "let's try the competition" thing before and it NEVER ends well.

As for the expiration dates -- we call those "guidelines" in our house.
5:44 PM

Scot said…
Liquid mozzarella? Really? Can that possibly be good? I mean, isn't that basicaly milk and bacteria or liquified cottags cheese?
And since we're doing "Your momma so old that..."
I've got a box of Shake N' Bake that I bought when Dolly Parton was an A cup! That's still good, isn't it? That stuff is so good on,...ummm,...on,... OK its good on the shelf.
9:41 PM

Anonymous said…
I recently threw out a bottle of worstershire (sp?) sauce that was seven years old, and two homes ago. it was partially solidified in the bottle.
11:19 PM

Anonymous said…
Should cheese be liquid? Doesn't the very name CHEESE imply a solid? These questions should be asked before purchasing any food in a kit form.
4:36 AM

KPB said…
I'd be eating those expired oats before going anywhere near a taco lasagne.

I mean, a taco lasagne? How could such a thing even be thought up?