Alice sent me this.
I had been trying to imagine her voice -
Now I fear I'll spend the morning listening to more of the same.
I say fear because I have much to do....

I feel, this morning, like I was at a big party last night. There was a flurry of conversation at twitter and I was pal-ing around with, uh, my pals. One must type quickly on twitter and click refresh all the time to see what others are saying in real time.
I so wanted a cigarette. When Schmutzie went out for one I wanted to go with her.

I told Susan that I'd give her my list of thoughts on the gowns last night, at the Oscars, but it involves a long post with photos. I'll try and put something together later today. Must find pictures and then cross reference.

My boys spent the entire weekend outdoors in the snow. 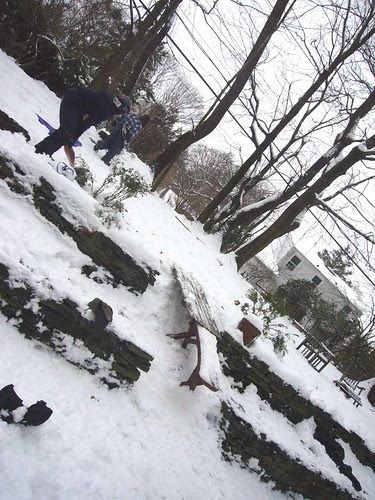 A complicated series of ramps, hills and jumps was constructed, enabling the rider to be hurled with some height and force toward the french door of the kitchen. 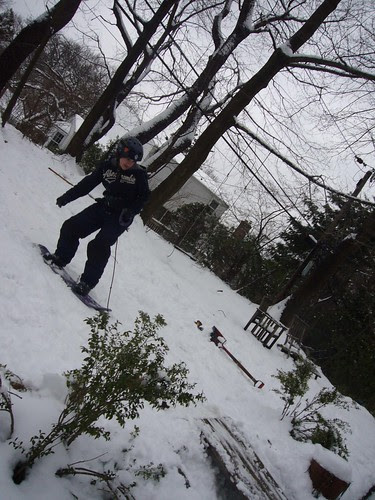 Coats were shunned, but helmets were worn. 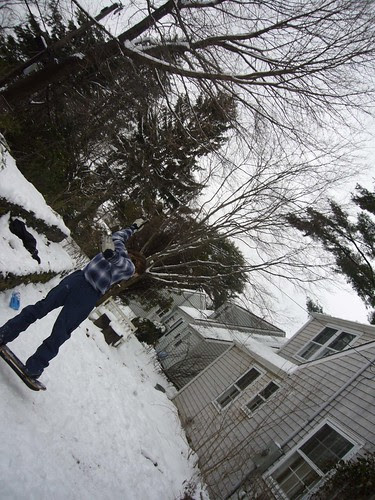 I was sure someone would need the emergency room.
They jumped and built and even fashioned a slope that ran the length of our property and no one ever got hurt.
They were out until after nine last night. 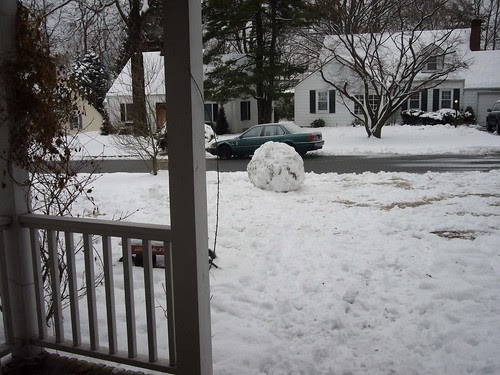 our snowball is perfectly intact.
The little girl next door asked, on Saturday, if she could add two balls to it to make a snow man. I thought about it. Her mother is always bringing us baked goods or asking advice about this or that and has been handy when we need an onion or some milk.
But I had just posted about our snowball and I wanted to hold onto it. I wanted it to stand as it is. The boys looked at me with a little panic in their eyes, as I might say yes to her.
I was very brave and said no.
I told her, and her mom that we had built it together and I wanted to look at it.
It wasn't easy to say no, but I did. Her mom dismissed it easily enough and they went off and built a snowman. 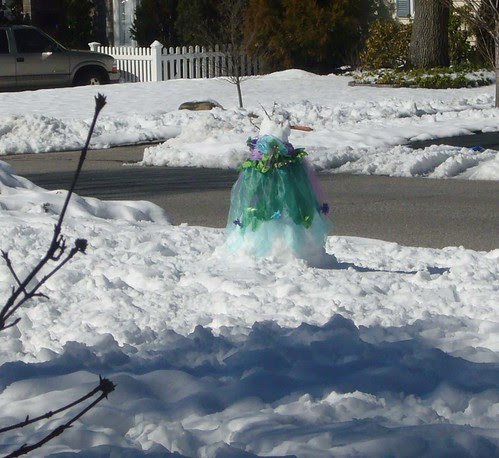 A wave of relief spread over us when we realized that I had made the right decision.
Labels: fashion post to come

Jennifer (Jen on the Edge) said…
I thought WE were risk takers when it came to sledding, but I realize that we are mere amateurs compared your guys. Those ramps are quite impressive.

And now you know what snowGIRLS look like in my yard. SnowMEN? You've got to be kidding.
9:16 AM

Anonymous said…
That snowgirl was hilarious!
Your site is wonky today.
Me? Or have you been tweaking your code?
9:26 AM

I started to do a fashion post too, but lost interest. People has some great pics on their website that you can borrow.

Two thoughts, though. Helen Mirren -- loved it! Beautiful and age appropriate. Cameron Diaz -- what was with her hair?
11:04 AM

barbra said…
That show princess looks like something that would be in our yard, I mean, if it snowed here. I am still in love with yours and am glad it still stands.
11:14 AM

Anonymous said…
You did well. The princess is lovely, but the ball? That's a statement.
11:36 AM

MsCellania said…
One must build their OWN snowman. I think I would've caved. Your boys were sweet to wait and let you decide without going ballistic and scaring her. I need to learn that 'pause before you speak' thing.
As always, it's great to check in here every day.
12:52 PM

Major Bedhead said…
I love the giant snowball. it makes a statement.

The little snow-fairie is just too sweet.
8:51 PM

Jennifer said…
I know it was hard to say no, but really you did the right thing. If that snowball would have been made into a snowman it would have been way too tall and really someone could get hurt.

I know many people laugh at that but it's true. We had a boy about 10 years old seriously almost die here because his chest was crushed by a snowball that fell off the bottom snowball. We even have rules at the school that no snowball is to exceed the waist of a child.
7:50 AM

Anonymous said…
Well done wiht the girl. I didn't think you could say no.
9:11 AM

Unknown said…
Fun! When my son was younger he and his friend would build a snow ramp every year in our front yard and use the snow mobile to launch snowboarders. The dog would be waiting for the snowboarders to land to pull of caps and gloves or scarves. Lots of fun to watch. Its too cold here to pack snow. Wah!
3:36 PM