a tale of two dinners

We've had a quiet but busy weekend here in Tuvalu.
Middle seems almost completely himself and has finished his pain medication.
Youngest and Oldest each did their thing.

We tried to take Youngest to play mini golf but the course was closed for renovations.
He made due with a milkshake and a trip to the Emporium. Searching for a shiny blue ribbon he was - for his brother to make good on a bet. It was a game of Wii golf, I believe, that Youngest won over Middle, with the price being the humiliating wearing of the ribbon. Youngest perceived this as the ultimate in punishment. I'm not sure what Middle thought but he went along with it.
(The bet had been lost up on the Cape and was taken seriously by each of them.)
Hence:

If only you could see Middle's ever-so-slightly furrowed brow and wry expression. 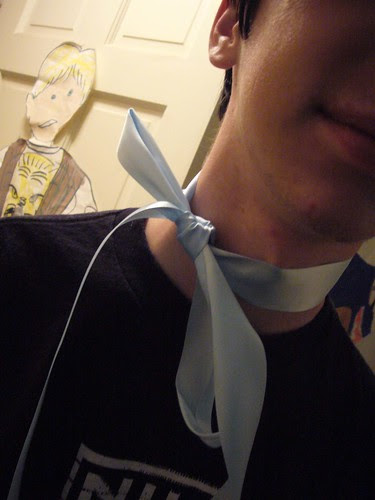 But you can't.
You can, however, observe him 48 hours post-op and see that he is only just slightly thicker at his normally chiseled jawline.
In all, he did unbelievably well and I slipped arnica under his tongue with great frequency. We were told he could bruise from neck to eyes and there isn't a mark on him.

The real story of the weekend, you know, from a blogging point of view, was not one but TWO dinner parties.

The first was at the home of our church friends. He likes to cook, he is Australian, he is home with their 15 and 16 year old PERFECT children, she is an executive, she is terribly sweet, a New Englander, they are athletic.
So, aside from the athleticism, they are exactly like us.
I kid.
Anyway.
He made roasted lamb shanks on lentils.
K brought a gorgeous bottle of not-that-cheap wine
AND
he and K had a pudding cook off.
He is known for his sticky chocolate pudding and K has a wonderful recipe for sticky toffee pudding.
It was a tough choice, and hard work, but we ate both.

Her grandfather was a painter of some note.
They gave us a wonderful treat by showing us a portfolio of his work.
We were honored to see them and oohed and aahed over our favorites.

They have a wonderful house full of simple treasures and charming spaces.
It was a very nice evening.

On Sunday, we were the guests of my breakfast club pal D and her husband along with my other breakfast pal who is separated.
D's husband M was the bartender and he mixed a variety of delicious cocktails.
I was partial to the pomegranate cosmo.

There was an abundance of pink. 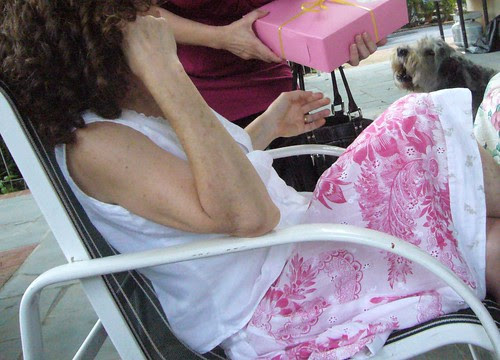 From drinks to skirts to flowers. 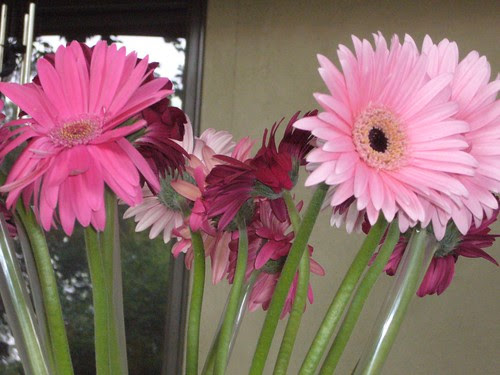 There was an abundance of food, from chicken and fish at one end of the table - 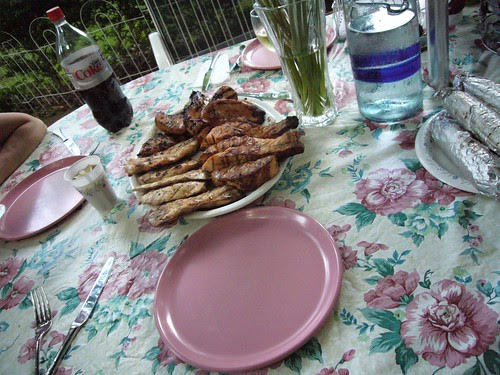 to burgers and salad at the other end. 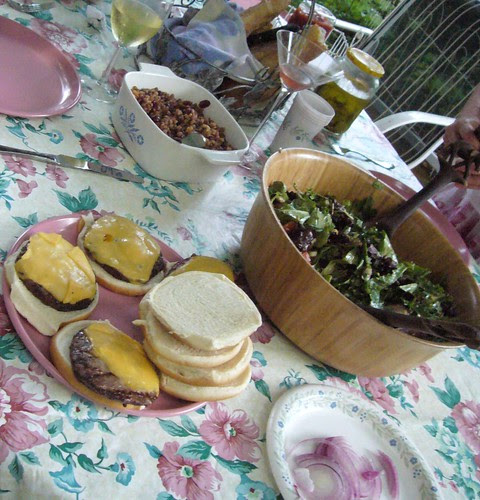 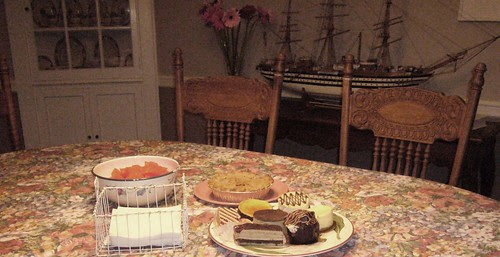 And there were three or four or ten of those too...

We laughed very very hard.
We ate and drank too much.
We had a wonderful time. 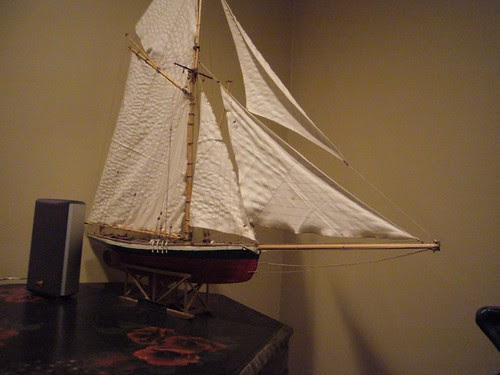 Her dad builds ships. We looked at them in awe. Some of us for the construction of them, some for wondering who dusts them.

She was adorable as a little kid - 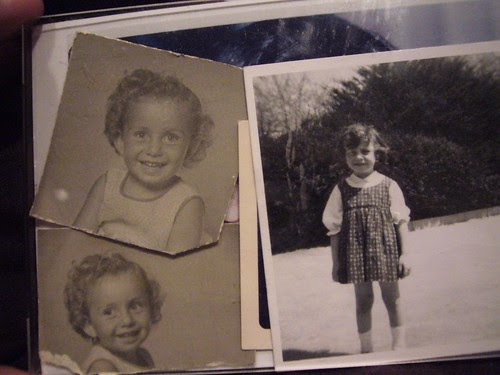 We are blessed to have these five people in our lives.
And we know it.
Labels: our turn to host

Paula said…
I love that skirt!

Dear Catalogue Mistress, where-oh-where did it come from?
9:19 AM

Badger said…
I'm glad Middle is doing so well. And also: I KNEW IT.

My husband would crap a brick if I brought home a bunch of pink plates. But the dinners sound lovely.
10:18 AM

Jennifer (Jen on the Edge) said…
Wow, that blue ribbon must have been the ultimate humiliation for Middle to wear. Was Youngest gloating the entire time?
11:55 AM

blackbird said…
Youngest was pretty decent about it - Middle was VERY GOOD about it.
I was told to take the photo.
11:59 AM

Kassi Gilbert said…
my husband raves about the sticky toffee pudding he had in Scotland, I have yet to recreate the object of his desire....
4:12 PM

TheOneTrueSue said…
Sounds lovely. Nothing better than spending time with people you feel truly comfortable with - who just fit so nicely into your lives...
1:13 AM