Silly me, I had thought the software reset was taking place at the gate agent desk but it needed to be done to the plane. Much later, over New York, my flight attendant told me he was very worried as it looked like they were going to cancel our flight and it was going to be his first visit to the city.  I wasn't sure how to feel then, knowing my plane had been software impaired. Does that make one feel better or worse than hearing something like we needed to repair the brakes before we left.
Anyway, we left.
I had one of those emergency row seats, with extended legroom. That's a mixed blessing as there is no place in front of you to put your things and no place to jam your feet, but you can stretch out. Sort of. The thing is, people tend to wander by to look out the window and many people used my viewing screen to lean on as they pulled their way up or down the aisle. Both of those things got pretty irritating. 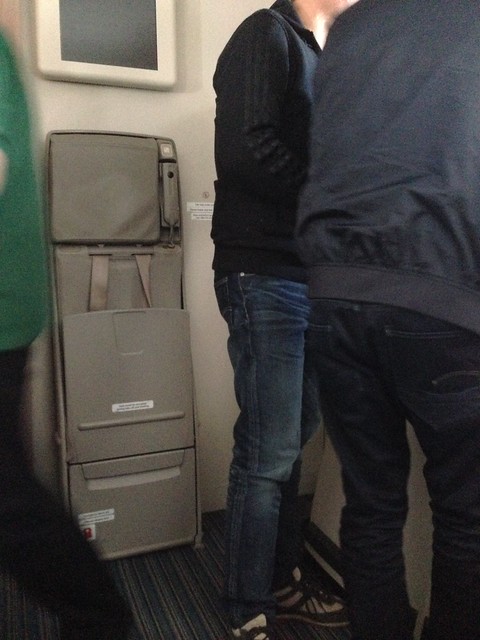 Apparently, we were just passing over some land after many hours of water.
People rushed to the window. 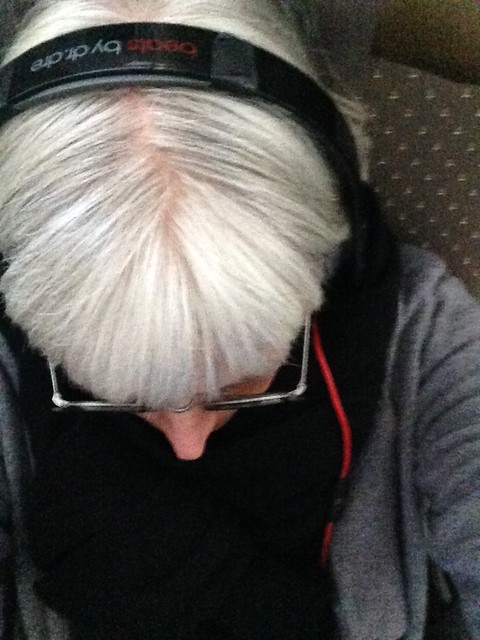 I slept pretty well whilst listening to my 25 most played songs...until Judy Is a Punk woke me.
We had Magnum White ice cream bars. A treat! 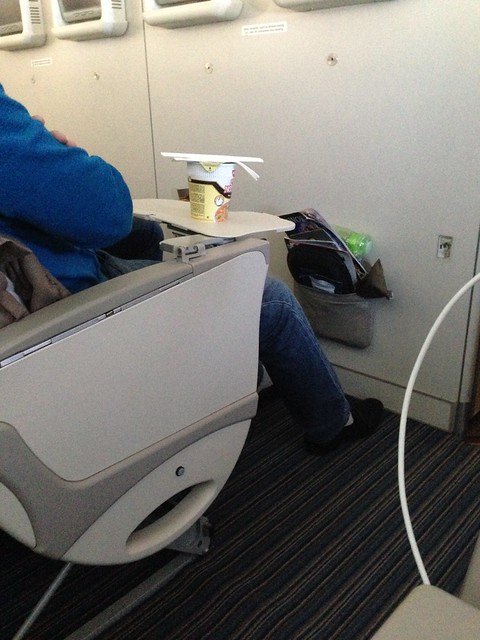 Somehow, this guy got a big Cup Noodles from the staff, or brought it and had them put the water in it. Either way wtf? 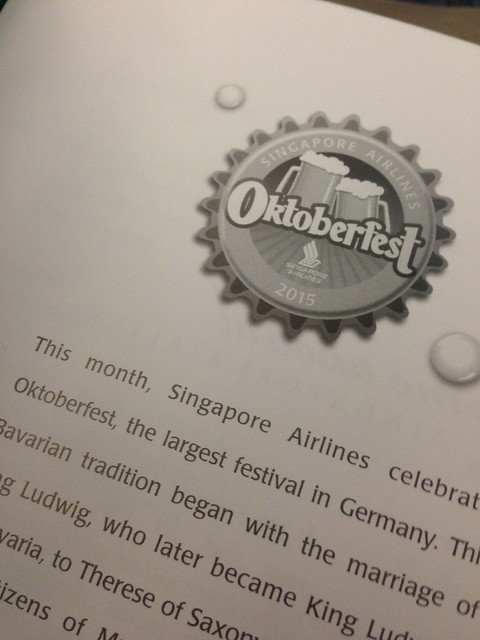 This bit of our menu was a total tease. There was nothing remotely Oktoberfesty on my flight.
The food on Singapore Air is hit or miss. Really good scrambled eggs with herbs and actually crisp bacon but horrific icy cold pasta salad with cubes of pink meat and tomato sauce and a scary-looking cappuccino sort of flan which I didn't even try.

Going over I watch the Amy Winehouse documentary - did I already tell you that? Talk about bleak. Poor Amy. A train-wreck from beginning to end.
Coming home I watched this... 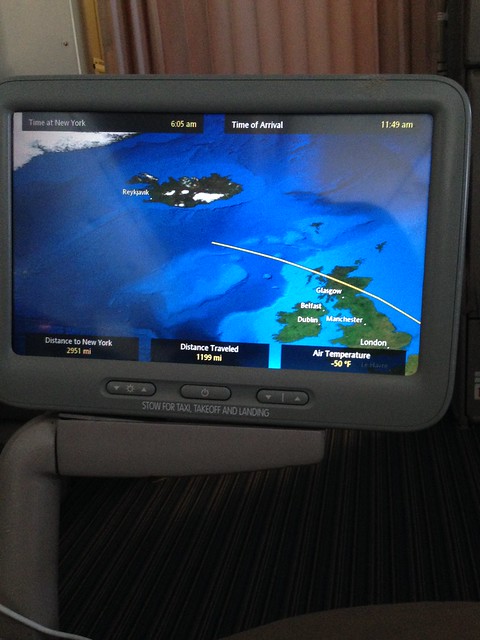 and Inside Out (a terribly ill-conceived emotional trap) and this which was not bad but also very emotional.  In between was this series of commercials.

They don't make a lot of commercials like these anymore. I know.
I cried over them too.

I did not meet Judith. Judith from the comments, whose email address I don't think I have. She missed me at work, it seems. Sunday is tough as we (I) work hard and fast to do all I need to do to be able to leave: return keys to an office miles away, oversee the return of a computer, clean up, pack boxes and wait for someone to take our things away. After that guy is done there is no reason for me to stay - and that would have been sometime around 3pm, Judith.

The good news is that my lovely friends at the hotel are sending my pillow (a small thing) and I am happy to be home (a big thing).

Have you seen this?

Paola said…
Software reset?
Obviously I haven't been flying with a computer on board for too long.
You flew Singapore, the best in the world. From JFK to MUC, not the first airline that would pop up in my mind thinking about that route but hey, Singapore!

Anonymous said…
What a flight!

We're geeking out over that new trailer for Star Wars, too. The NHS club at our school is planning a movie day where they'll watch the trilogy on a Saturday with all kinds of related fun stuff going on. Wild horses won't keep me and Team Testosterone away.
5:24 PM

kmkat said…
I have had a few hairy flights, too. One that was struck by lightning, one where the pilot jammed on the brakes so he could do a U-turn ON THE RUNWAY just to get to a taxiway closer to the terminal, and one where I had to get out of my seat so the crew could open a hatch under it and check that the landing gear were down.

Happily, I have exactly the same number of landings as takeoffs.
5:50 PM